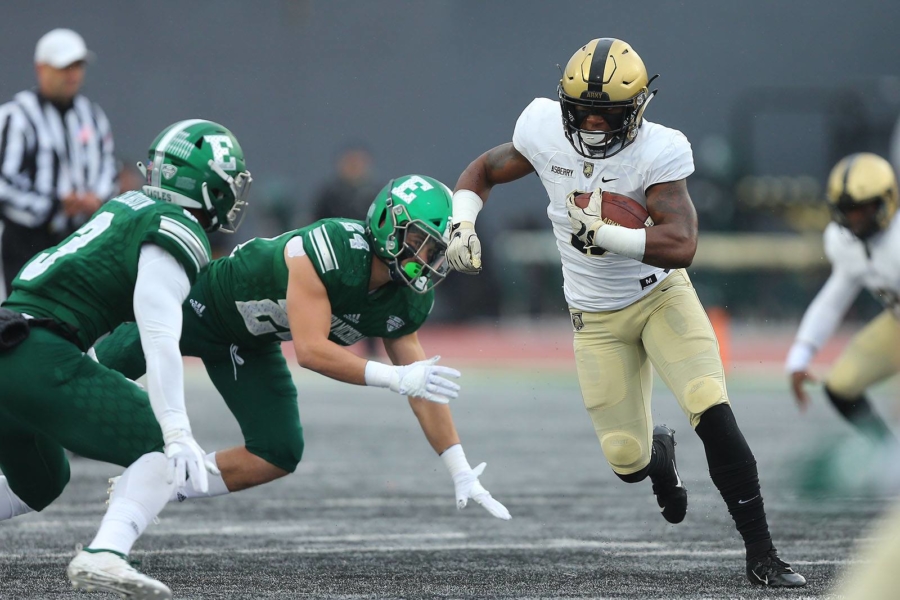 Another win for the Black Knights and Bowl Eligibility! The Cadets are rolling…bowling…Do the Rocket! As a side note MAC Teams are now 0-3 against Coach Monken’s #BlackFlag Warriors this year. As the Gray period sets in a West Point, the Corps can rest easy knowing their Football Team took it to Eastern Michigan on their gray turf.

This week instead of streaming on my device in Neyland Stadium, I watched with another Old Grad, who shall remain unnamed. I have to give him hard time because his streaming service of choice, Fubo TV, was as slow as the West Point Internet. Every Cadet knows about getting a movie loading before Spirit Dinner, only to come back (after going to the First Class Club), to find it halfway complete. On Saturday, I saw a tweet that James Gibson made a nice tackle and 15 seconds later we saw it “live.” On a positive note, Air Force and Navy have combined for 5 wins. They are not even Bowl Eligible with a combined record!

So like last week, I am going to shamelessly ask you if you read the Game Recap Article? If not go, ahead use your MA100 Speed Reading 0.5 credit course skills. The thought provoking observations were written by As For Football’s Oldest Grad, Danno E. Cabeza. If you didn’t read the superlatives last week 1) Shame on you and 2) You wouldn’t know that Dan never lost an individual race to Navy in his four years on the Swim Team. With that being said, let’s take a look back my Friday Keys To Victory article to see how the Black Knights executed AFF First Captain’s Intent.

@asforfootball the men have told me they would like a turnover chain. My only request is that it is a bandolier with preferably 50 cal rounds but we will settle for 7.62. I received AI on this tweet from @MikeViti. #beatnavy

While we are on the subject of the #TurnoverChain, Coach Bateman finally took the bait (see Tweet above) on the offer I made in the San Jose Superlatives article. We are currently working tirelessly to get it made before the Air Force game. Nothing like being told you have CQ duty the day before…in all seriousness we are thrilled to support the team with the #TurnoverChain. We will literally be jumping through our 5th point of contact to get this mission accomplished! Readers. Atten…tion! Left Face! Ready. March…Onward to the the Superlatives.

Head on down to the Palisades for a night of bowling fun at Lucky Strike.  This is the third consecutive year the Army has become eligible for a Bowl Game (and we still have 4 games left to play)!  It is exciting thinking about all the possible Bowl matchups that await you at the end of the season. We can’t wait! Don’t worry about the 21+ requirement.  We got them to waive that in honor of your success but keep an eye on those plebes (we don’t need any alcohol boards). 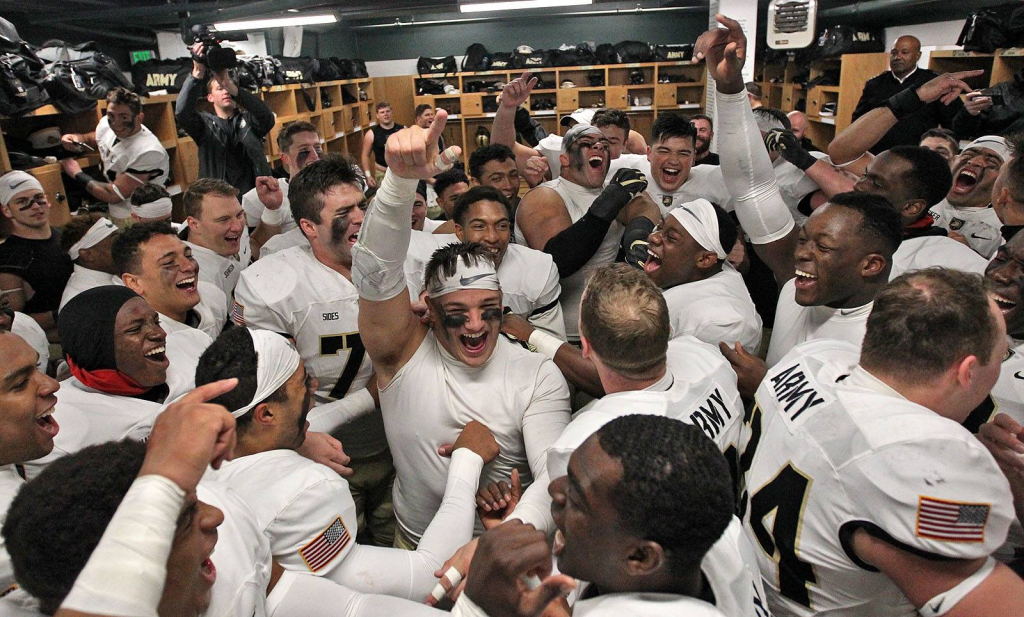 Although called for an Unsportsmanlike Conduct, your tackle/body slam of EMU’s Blake Banham inspired numerous Cadets currently enrolled in Combatives.  Surely, there were many Rileyesque attempts at taking opponents to the ground this Monday morning in Arvin. Your #BlackFlag attitude clearly amped up James “Hammersticks” Nachtigal to force an EMU fumble on the next play.  Enjoy a Combatives Letter Grade Bump for your demonstration on that ugly EMU Field. Hammersticks gets a half letter grade!

You guys can be attributed with the success Fullback dive seen predominantly in the First Half.  Moving #77 Ty Eddington (6’3”, 352 lbs) was no easy feat! Did we mention that Holland came into this game with 32 career starts (30 consecutive)? Talk about one tough dude! You guys deserve to eat some of the best breakfast food Cornwall can offer: Fiddlestix Cafe!  If you are a Cadet or Old Grad that hasn’t been to Fiddlestix, stop in at the next possible opportunity. Make sure you order off the Chalk Board. Anyway, Holland and Deaton, please keep leading the MOB in the outstanding efforts that y’all have put forth this season.

Your Regimental Tactical Officer observed your lack of discipline, namely the unsportsmanlike conduct meltdown just prior to halftime, and processed the Regimental Board accordingly.  You can reflect on how to improve while you walk one hour for every yard given up due to above mentioned penalties. To clarify, you will not be sitting these hours! I don’t care if you are in season or not!  Don’t worry, your assistant Head Coach, Neal Neathery, will be joining you in the area. If it’s any consolation, Central Area and the surrounding buildings are the same shade of gray as your field. You should feel right at home.

It sure was good to have you back.  Your aerial demonstration to the tune of 7/8, 126 yards and 2 TDs, convinced the BTO to authorize your wear of Air Jordan’s in Cadet Casual.  So, head on down to Woodbury Commons and grab a fresh pair of kicks to sport around this week after class. You’ve earned it!

Like any daring Cadet planning to streak around campus, you have lurked in the shadows the last few weeks. Without warning you rush onto the plain wearing nothing that CIF or Nick Determan gave you. You avoid the CGR Cadet’s, MP’s, and EMU Defenders as you escape back through the Beat Navy Tunnel (and EMU Endzone) back into the shadows. Your streaking effort exhilarated the Corps. For that, we salute you!

John Abercrombie, Brent Davis, and Christian Hayes – Certificate of Appreciation from the Town of Ypsilanti

Last week we gave John Abercrombie Permanent Cold Beverage Corporal. Apparently that fourth class cadet is doing a great job. The ice is still in his veins as he got the Army Team off to a good start by scoring our first 9 points. Coach Davis had more guts than a Cadet asking a question at the end of a Dean’s hour brief when he dialed up a 39 yard pass completion on 4th and 3. What a catch by Christian Hayes!

Air Force at Michie Stadium.  Firsties, get those Drop Zones ready. Plebes, I hope you have been making gains in Arvin, because your triceps are about to get smoked like the Zoomies will this Saturday. Be on the look out this week for a HUGE announcement later this week. Yes it will be better than a yellow slip in your mailbox! Also if you like what we do please share it. You don’t even have to cite your work!

It’s Championship Weekend!  That means there aren’t nearly as many[...] 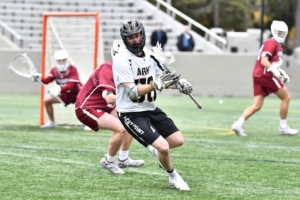 Last week, the Black Knights were able to gut out[...] 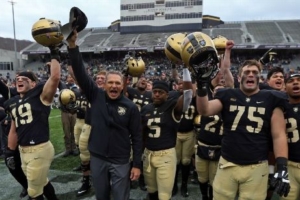