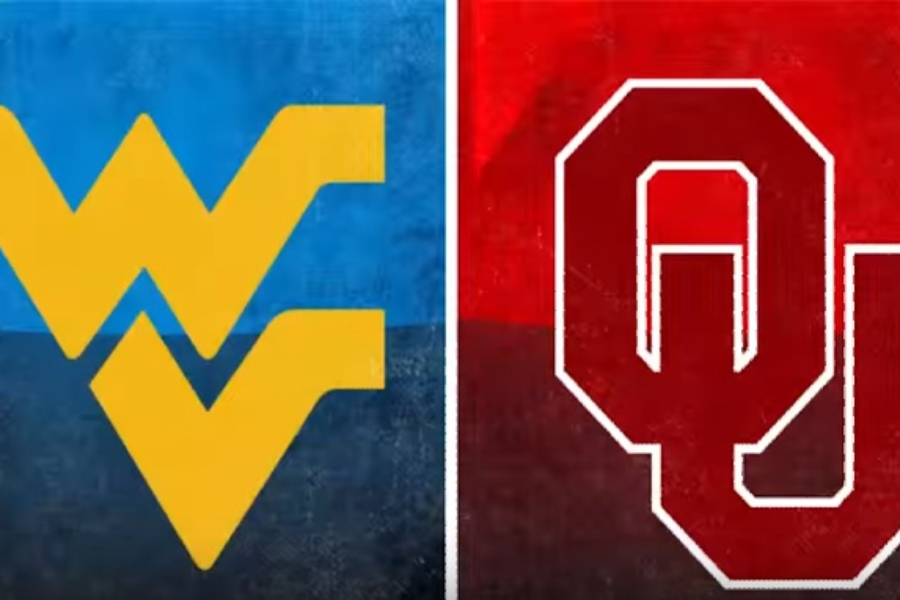 The Big XII doesn’t have divisions, so figuring out who’s gonna play in the conference championship game occasionally requires a degree in Rocket Science or an affinity for reading tarot cards.  I, of course, understand both. But even if I didn’t, I could tell you that there are now just three teams with a legitimate shot to play for the title.  For all three, it’s now win-and-you’re-in.

Despite a home loss to #15 Texas, #6 Oklahoma sits in the poll position at 10-1 (7-1 in the Big XII).  They travel to West Virginia this week to take on the second place Mountaineers (8-2, 6-2 in the Big XII).  If Oklahoma wins, they stay the #1 seed, but if West Virginia wins, it’ll tie the teams’ conference records, sending the Mountaineers to the championship by virtue of the head-to-head victory.  Similarly, third place Texas is 8-3 (6-2 in the Big XII), but they handed the Sooners their only loss this season.  Thus, they already hold the tie-breaker.  The Longhorns are headed to Kansas this week to take on the lowly Jayhawks (3-8, 1-7 in the Big XII), and unless they stumble badly, they’re locked into the second seed with a final conference record of 7-2.

So that’s your Big XII title game—Texas vs. the winner of Oklahoma at West Virginia. 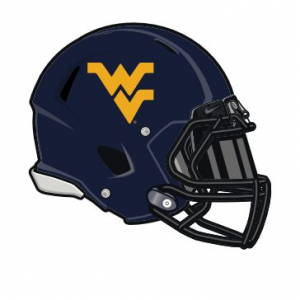 It’s unfair to call the Mountaineers one-dimensional, but the overwhelming story of their season has been the play of starting QB Will Greer, Heisman Trophy candidate and all-around college football badass.  Nothing is certain, of course, but Greer has a real shot at being the first quarterback taken in this year’s NFL Draft. On the season, he’s gone an outstanding 234/348 passing (67.2%) for 3,325 yards and 33 touchdowns against just 8 interceptions.  Those numbers are flat-out spectacular. This is a guy with Peyton Manning’s build and Drew Brees’s accuracy.

I’ll be rooting for the Mountaineers this week in part because Greer is my personal pick to be the next quarterback for the New York Football Giants.  Granted, Giants’ beat writer Patricia Traina keeps saying that the Giants aren’t necessarily in the market for a quarterback because they’re worried about a work-stoppage at the end of the current collective bargaining agreement.  Still, they’re not gonna find a better heir apparent for Eli Manning than Greer. He really is that good.

Greer is aided by a potent three-headed rushing attack.  RB Kennedy McKoy leads the team with 112 carries for 648 yards (5.8 yards/carry) and 6 touchdowns, but RBs Martell Pettaway and Leddie Brown are hardly scrubs.  Those guys are averaging 6.2 and 4.9 yards/carry, respectively, on about ¾ of McKoy’s workload. Both guys have 4 touchdowns apiece as well. On the season, the Mountaineers have rushed 348 times for 1,620 yards (4.7 yards/carry) and 17 touchdowns total.  It’s worth noting that although Greer doesn’t run much, he’s certainly capable. He scored on a QB keeper late last week in the loss of Oklahoma State.

The Mountaineers rush on almost 60% of their offensive snaps, but the have three receivers with more than 40 catches, and they’ve scored twice as many touchdowns through the air as they have on the ground.  Moreover, all three of West Virginia’s top receivers average about 15 yards/catch. WRs David Sills V leads the group with 53 catches for 765 yards and 13 touchdowns. Gary Jennings Jr. and Marcus Simms round out the top three.  They have 11 and 2 touchdowns, respectively.

West Virginia is not a bad defensive football team, but it must be said that defense is not the Big XII’s best thing.  On the season, the Mountaineers are allowing up 243.7 yards/game passing and another 135.5 yards/game rushing.  Either of those stats would be okay by itself. Together, though, they add up to nearly 400 yards of total offense allowed/game.  That’s not great. In fact, WVU let Oklahoma State QB Taylor Cornelius throw for 5 touchdowns just last week in the same game that RB Chuba Hubbard carried 26 times for 134 yards.  West Virginia was actually up by 10 points with 7:37 left to play but let the Cowboys drive 17 plays for 153 yards, 2 touchdowns, and a 2-point conversion in just 3:45 over the course of two late 4th quarter drives.  OSU wound up winning that game by 4 points.

Final note:  WVU is 12/16 kicking field goals.  More worrisome, however, is that they’ve given up nearly 670 kickoff return yards.  That’s nearly double the return yards that the Mountaineers have themselves posted this season. 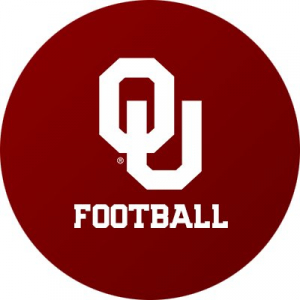 I might’ve picked Oklahoma QB Kyler Murray as my next starter for the Giants, but alas, Murray is already committed to playing professional baseball for the Oakland A’s next season.  That’s a nice gig if you can get it, and it’s not nearly as hard on the body over the course of a career. But Murray is still arguably the best quarterback in all of college football, and he’s got the numbers to back it up.

On the season, Murray has gone 196/279 passing (70.3%!) for 3,310 yards and 34 touchdowns against just 6 interceptions.  By itself, that would put Murray into the elite ranks of all college quarterbacks. But as we learned during the Army game, Murray is also an elite rushing threat.  He’s carried 104 times this season for 739 yards and 10 touchdowns.  That equates to an otherworldly 7.1 yards/carry. Bottom line, this is a guy who throws at least as accurately as Will Greer and who runs as hard as all-time single-season service academy rushing leader Ahmad Bradshaw.

The Sooners run a base read-option offense. Murray is obviously an integral part of that, but RBs Trey Sermon and Kennedy Brooks lead the backfield.  Collectively, those guys have carried 214 times for 1,662 yards (7.8 yards/carry) and 21 touchdowns. That is pounding the rock. Meanwhile, WRs Marquise Brown and CeeDee Lamb lead the team in receptions.  Together they have 105 catches for 1,850 yards and another 17 touchdowns. Thus, this is a very balanced if slightly run-heavy offense. They’re putting up 315.4 yards/game passing and 260.7 yards/game rushing for a net 49.5 points/game.  I don’t know if that makes Oklahoma the best offense in college football, but they’re well-prepared to get into shootouts and win.

That’s convenient.  As good as the Sooners have been on offense, they’ve not stopped much of anybody on defense, especially on the ground.  These guys are allowing a net 425.8 yards/game, 263.6 passing and 162.2 rushing. You might remember that Army ran all over them.  In fact, this team has allowed 1,784 yards rushing and 25 touchdowns on just 433 carries. That’s 4.1 yards/carry, ranking them 52nd in FBS college football.  More to the point, opponents are converting 41.6% of their 3rd downs and 65.4% of their 4th downs, which has allowed an awful lot of teams to hang around despite Oklahoma’s penchant for scoring late and pulling off last-second victories.

Even lowly Kansas played well against this Oklahoma defense.  The Jayhawks hung 40 points; that’s more than they’ve scored against anybody this season save Rutgers.  Jayhawk RB Pooka Williams Jr. rushed 15 times for 252 yards (!) and 2 touchdowns. All told, Kansas ran 36 times for 348 yards and 4 touchdowns.  That gave them 9.7 yards/carry!

Final note: Oklahoma has been very good in the kickoff return game.  Considering West Virginia’s struggles in this same area, that’s something to watch.

Key Matchups: It’s All About the Running Game

Seems counter-intuitive, right?  We’ve got arguably the two best passing quarterbacks in the nation, and I’m telling you that the team that runs the ball more effectively and that stops the run, that’s the team that’s going to win.  But it’s true.

Look at it this way: if you’re West Virginia, do you really want to get into an artillery duel with the most explosive offense in college football?  Why would you do that? Sure, Will Greer might have a career day and out-duel Kyler Murray, but that’s not what the statistics suggest, nor is there any reason to force the issue.  Everyone has run on Oklahoma.  West Virginia is not a bad rushing team.  If they leverage that by pounding the rock to keep their down-and-distances manageable, then Greer is more than capable of consistently moving the chains.  With that, WVU can control the game’s tempo and maybe get a sack or force a fumble to go up by a score. The Mountaineers’ defense has 23 sacks this season and 24 forced fumbles.  That could totally happen.

On the other side, Oklahoma has run the football—hard—on everyone.  If West Virginia can keep that running game in check, well… Odds are that Kyler Murray still makes some plays.  However, he’s not going to be perfect. Oklahoma is converting 50% of its 3rd downs. Thus, the Mountaineers just need to force enough 3rd-and-long situations to create chaos.  If they can’t, and this becomes a shootout, OU wins. Maybe it’s a close, exciting game, but Oklahoma has made a living winning shootouts.

The betting line opened this week with West Virginia as a 3-point home underdog.  It’s since moved to WVU (+2.5). The Over/Under started at 85 but has fallen to just 83.5.  That’s still crazy, but I don’t see how you take the Under. Similarly, I might bet on the Mountaineers getting a field goal in their own building, especially considering that they haven’t lost a game at home all season, but the loss of that half-point scares me.  It’s not hard to see the Sooners winning on a late kick.

Kickoff is Friday at 8:00 pm on ESPN.  Temperatures in Morgantown, West Virginia, are expected to be in the low- to mid-30s under partly cloudy skies with negligible wind.  That’s chilly, but it’s not cold enough to hamper either offense.

The winner of this game will almost certainly face Texas in the Big XII Championship next week, and the winning quarterback will have earned the inside track to the Heisman Trophy.  None of that really affects Army, but this still promises to be a good game.

After smashing Eastern Michigan at their own homecoming party, your[...] 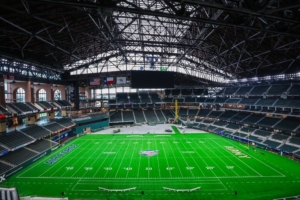 I’m sitting in a cafe at LaGuardia Airport as I[...]