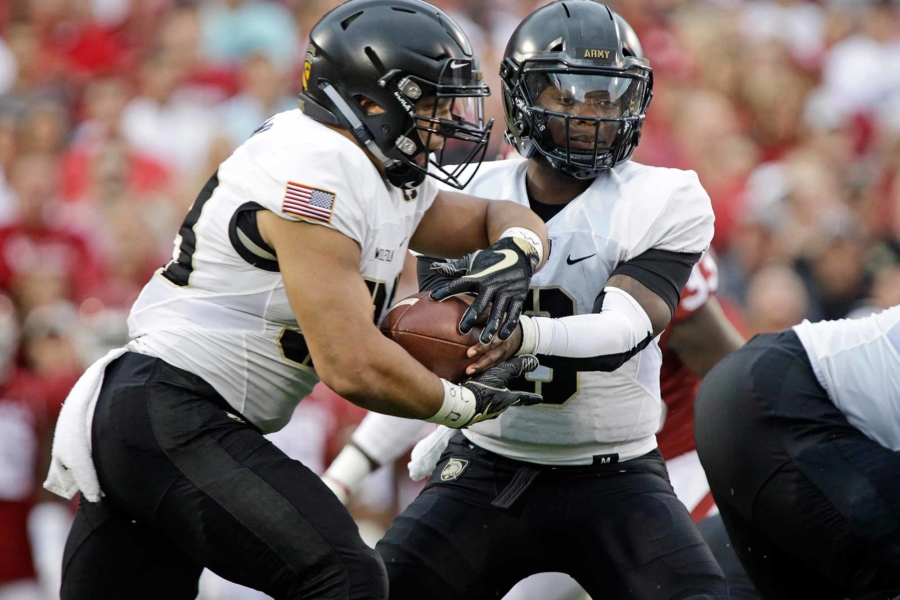 Our triple-option play of the week this week comes from Navy at Tulane.  If you missed it, that turned out to be one of the most exciting games of the weekend.

Navy struggled to run the ball all game.  They did okay with the Fullback Dive, but the Mids never stick with that for more than a couple of plays, and Tulane’s defense keyed very closely on QB Zach Abey running off-tackle. Their corners actually ignored the Mids’ passing game in its entirety, which made sense early.  Abey went 0/2 passing in the first half with a sack, and Tulane’s defense managed to string out the pitch repeatedly for no gain.

Our clip comes with a little over ten minutes left in the 3rd quarter.  Navy is down 21-3. To that point, they’d gone three-and-out four times, hit one field goal, and missed a field goal.  They needed something good to happen–time now.

I liked the play call, and Navy needed a touchdown.  It was worth trying something fancy.  However, as noted earlier, Tulane’s defensive backs actually ignored Navy’s passing attack throughout the entirety of this game. This was why the corner was able to fight off the block and stop the play. He spent 0% of his energy thinking this play was going to be a pass coming his direction.

What’s most interesting about that is that the Mids actually abandoned the run immediately afterwards.  They went instead to a downfield passing attack off play-action, and it took almost the entirety of the second half before Tulane made the adjustment.  Zach Abey found his rhythm as a quarterback, finishing 7/13 passing for 167 yards and a touchdown. He also caught a touchdown off a halfback pass from SB Malcolm Perry.  All told, the Mids went 8/16 passing for 208 yards and 2 touchdowns. They only rushed for 117 yards. But their passing attack brought them all the way back into this game. They were up 28-21 with 3:44 left in the 4th quarter.

Our second clip this week is not, technically speaking, an option play.  Well, you can call it a run/pass option, I suppose. We’re gonna do that because I want to show the clip.  Still, it’s pretty clear that this is supposed to be a pass.  What can you do?

Oklahoma QB Kyler Murray, ladies and gentlemen.  It’s 2nd-and-six from the Oklahoma 45-yard line, so of course Murray scrambles 55 yards for a touchdown.

Isn’t that what anyone would do? 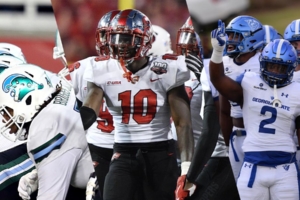 This article continues our look at spring football for Army’s[...]

It’s Championship Weekend!  That means there aren’t nearly as many[...]