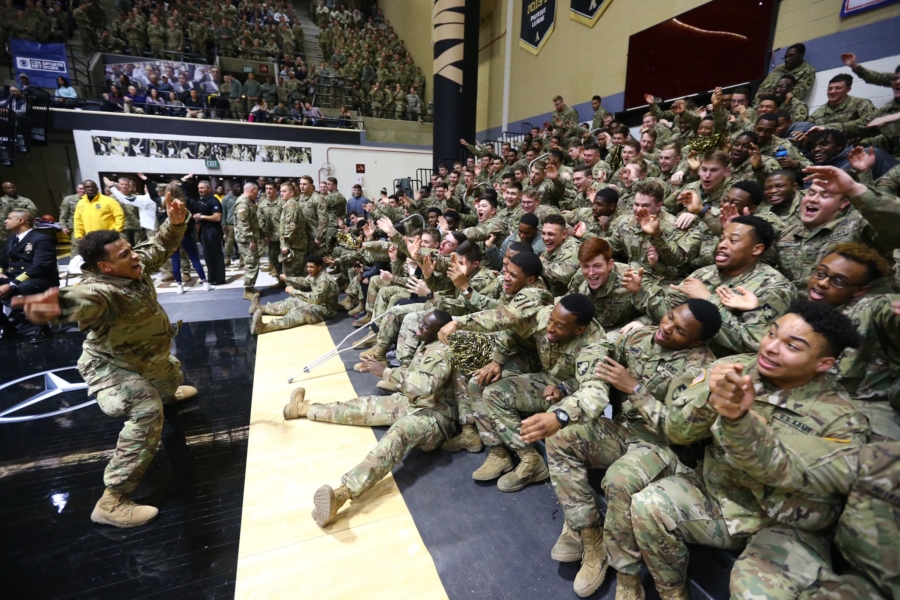 I don’t know how often we’re going to do this during the offseason, but there’s been enough news over the past couple of weeks to justify talking about at least some of it. Some of the coaching stuff especially gets a little juicy.

As you can see, we shared this story last week on social media.  It’s a great piece, but I think Woolfolk’s would-be path to the NFL is gonna be tough. Not a lot of teams carry true fullbacks anymore, and those that do are looking for a unique combination of size, speed, and catching ability out of the backfield.

Considering the way some of these teams run-block—or fail to run-block—I personally think more pro teams might outta take a longer look at Army’s O-Line.
But maybe that’s just me.

The First Captain in CADET

This week in THE CORPS HAS: cadet athletes can now under-load in-season, taking four classes if they volunteer to catch up during STAP, and every other Wednesday is a no-class study day.

Honestly, I don’t know whether to be jealous or glad that I missed it. On the one hand, these policies clearly help cadet GPAs and overall learning.  However, classes are now seventy-five minutes long, making individual days longer, and if you have to do STAP, that leaves a lot less time for things like Jump School and/or AIAD’s to Europe, both of which highlighted my personal cadet experience.

Skip Europe to do one additional swim meet?  Hell no, but thanks for asking.

I know I’m not the only Old Grad with thoughts on this stuff, so sound off if you’ve got some thoughts.

Monken, who won the Maxwell Football Club’s George Munger Award as the national coach of the year earlier this month, was rewarded with a likely raise for his three-year run, which includes three straight wins over Navy, three straight bowl wins and capturing the Commander in Chief’s trophy for the first time in 21 years in 2017 and defending it for the first time in academy history this fall.

Army (11-2) finished 19th in the Associated Press poll, its highest final ranking since 1958 (No. 3). The Black Knights currently hold the nation’s second-longest winning streak at nine games behind national champion Clemson’s 15. Army has won 13 straight games at Michie Stadium dating back to Nov. 2016.

I expect the length of this extension was less of an issue than was the size of the pay raise.

Loose’s promotion was not a surprise, and once he got the job, it left Wilt with what I expect was a rather stark choice—either look to move on, or accept his current role for the indefinite future. With that, we can hardly blame the guy for looking to advance his career.

It’s worth noting that Monken’s staff has seen a good bit of turmoil this offseason. It’s been a good kind of turmoil, though. Guys have been getting opportunities, and that makes Army a choice spot all of a sudden for ambitious would-be superstars.

Matt Drinkall, architect of the most successful era in Kansas Wesleyan football history and the Kansas Conference’s greatest single season ever, has announced his resignation.

Drinkall departs after five wildly successful seasons in which the Coyotes were 42-17, including a 37-12 slate against KCAC opponents. His last four teams won 40 games (40-8) during the best four-year run in school history…

The culmination was 2018, when Wesleyan won its first conference championship since 2002, going 10-0 and advancing to semifinals of the NAIA National Championship. The Coyotes finished with a school-best 13-1 record and shattered virtually every school and numerous KCAC and NAIA records in the process during a historic season.

See above. That’s a Hell of a resume for a guy who’s coming in to be (assuming I’m reading this right) an offensive quality control coach. It’s worth keeping an eye on this kind of thing as the offseason develops.

Congratulations to Kelvin Hopkins Jr. for being awarded with the Army-Navy MVP by the Philadelphia Sports Writers’ Association last night!#GoArmy pic.twitter.com/UWShlWOyNG

That there is a nice early addition to any young officer’s “I Love Me” Wall.

The first day of practices at the 70th edition of the Senior Bowl are in the books, and for New York Giants fans hoping that the organization can find their next quarterback, there were definitely some reasons to build on the cautious optimism that most entered draft season holding in their hearts. Watching the representatives of the Giants as well as their media members it was clear two quarterbacks held their attention: Will Grier from West Virginia University and Daniel Jones for Duke University.

So okay.  It seems like the Giants have targeted WVU’s Will Grier and/or Duke’s Daniel Jones. Regular readers will already know that I’ve been rooting for Grier for quite some time. He says straight-up that he’s the best quarterback in this draft class, and for what it’s worth, I agree.

Jones is also an interesting prospect, especially for the Giants, but not as a first round pick.  The G-Men could theoretically take a right tackle at #7 and Jones at #39. Anything more aggressive than that, though, would be an outrageous reach.

The Giants could also take a pass-rusher at #7, Grier at #39, and sign free agent RT Brett Toth via some sort of accommodation with the Army. Folks seem to have forgotten about Toth, but he’s got a great skill set for an offense that badly needs to find ways to get RB Saquan Barkley free on the edges.

Finally, let’s close with a question:

Is anybody interested in the Alliance of American Football?

Reader Jordan Horvath (‘18) hit me up about it on social media this past Wednesday. He is a season ticket holder for the new team in Orlando.

Upside of covering the AAF: It’s a nascent league without a lot of press. We could cover it without going up against ESPN and CBS… or Yards & Stripes and Forgotten 5 for that matter. That doesn’t suck.

Downside: the AAF has done a lot of early stunt-casting, and I don’t love it. For example, Mike Vick is the OC in Atlanta. Steve Spurrier and Mike Singletary are both current head coaches. Plus, an overabundance of players are essentially past-their-prime NFLers. It’s therefore not surprising that the league has had some problems with staff and personnel stability as it gets going.

What do you think, folks? Am I wasting my time with this?

Enjoy the weekend and BEAT NAVY!!! 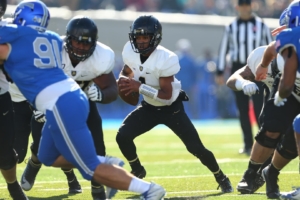 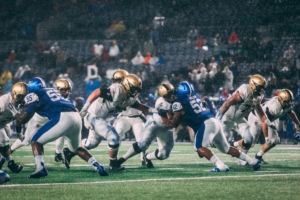 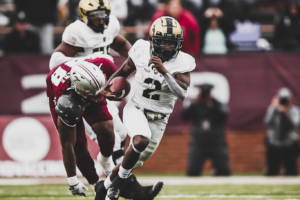 The Black Knights fell to the Troy Trojans last night,[...]