Quick Thoughts: Army Gets Back on Track, Crushes Villanova 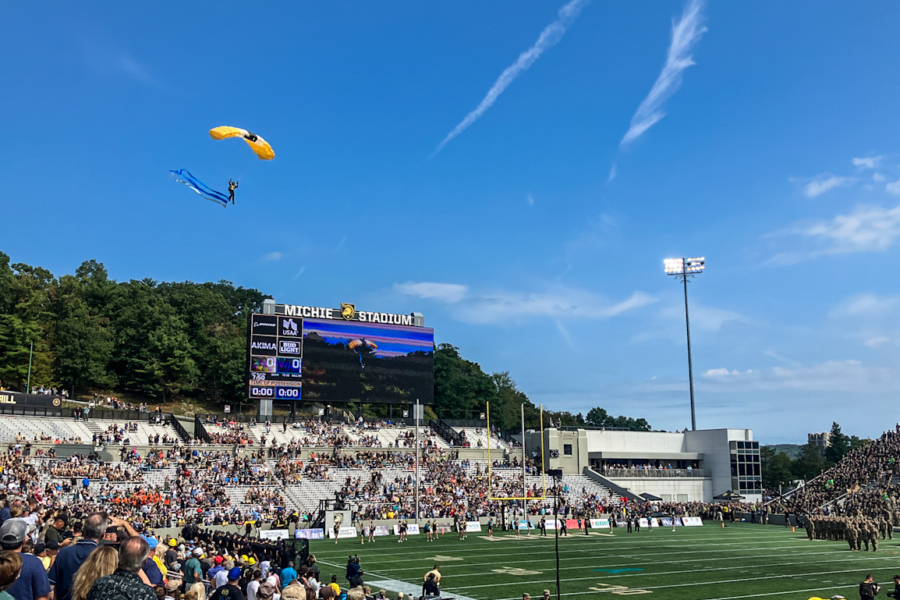 Quick Thoughts: Army Gets Back on Track, Crushes Villanova

Well friends, that was exactly the game we needed to see. Army ran the ball hard, and they stopped the run, and with that, the Black Knights absolutely crushed a very good FCS team in Villanova, 49-10.

Army dominates behind 3 touchdowns from Tyhier Tyler and 158 yards on the ground from Tyson Riley
#GoArmy pic.twitter.com/bH4VOsGjWX

The game itself was fairly competitive through the first half — and especially in the first quarter. Army got a quick three-and-out to open on defense, and then they scored a touchdown shortly after a 55-yard breakaway run from FB Jakobi Buchanan. After that, though, Villanova seemed to settle in on offense, mixing a variety of runs and passes using the dreaded slow-mesh read-option offense. This seemed to stymie Army’s defense, letting the Wildcats tie it up off an 11-play, 75-yard drive. Army scored again, making it 14-7, and then they got an interception near the end zone to give them a chance to take control for real, but the point remains that Villanova was moving the ball very well in the early going. In fact, the Wildcats averaged over 8 yards/carry on the ground through the first quarter — a distinctly ominous sign given the way Army’s last two games have finished.

Thankfully, the Black Knights made an adjustment in the middle of the second quarter. Previously, they’d had their rush linebackers pinning their ears back, hellbent on getting sacks. And yeah, they’d gotten some sacks that way, especially early against UTSA, but they’d also been letting their pass rushers overrun the play and break containment on about half of their defensive snaps. This was leaving gaping holes between the pass rushers and Army’s defensive ends, and teams were handing off into those holes, ripping the Black Knights to shreds with simple traps and off-tackle runs. In the second quarter, though, Army finally made the adjustment, keeping containment. This slowed the pass rush — a little — but it also brought Villanova’s running game to a sudden, screeching halt.

Villanova’s rushing attack was down to just over 5 yards/carry by the end of the first half. They finished with 4.9 yards/carry and just 4.4 yards/carry from their running backs, an amazing feat for Army’s defense considering the yardage they gave up in the game’s first 20 minutes.

Once Villanova’s running game fell apart, their passing game also fell apart. Army gave up 170 yards of total offense in the first half yesterday — almost all of which came in the game’s first 20 minutes — but they allowed just 77 yards after the break. Wildcat QB Connor Watkins finished 12/21 passing for 74 yards, a touchdown, and 2 interceptions. Seven of those completions, the vast majority of that yardage, and the Wildcats’ lone touchdown all came in the game’s first 20 minutes.

Not coincidentally, Army’s 3 sacks all came in the second half.

Meanwhile, Army’s offense was steady doing what they do. They rushed for a whopping 472 yards and *6* touchdowns on 55 carries (8.6 yards/carry), and they would’ve had 500 if not for a holding call in the game’s closing moments. FB Tyson Riley led the way with 21 carries for 158 yards (7.5 yards/carry) and a touchdown. SB Tyrell Robinson had 6 for 89 yards (14.8 yards/carry) plus a punt return for a touchdown. QB Tyhier Tyler looked great running the offense. He finished with 12 carries for 77 yards (6.4 yards/carry) and 3 touchdowns.Notably, Villanova tried selling out to stop the Fullback Dive, but Tyler either kept it and ran outside, or Riley ran to the outside, and the Wildcats had no answer in either case.

Tyhier Tyler pulled off some awesome moves for @ArmyWP_Football on this one. pic.twitter.com/8EkKIqUTz2

I can’t help but think that if Army had been able to play this game first, they might’ve won at least one of their last two. Granted, as an independent you sort of have to take the good games when you can get them, but the season’s overall structure still feels like it may have created some missed opportunities. We saw the Black Knights settle in and really make it work on both sides of the ball this week against exactly the kind of team they’re going to see again — a few times — in the coming weeks. It now feels like the Black Knights have a stable base on which to build the rest of the season.

They badly needed that.

Army has a bye this week. They then host Georgia State, who got beat at home last night by Charlotte, followed by a road trip to Wake Forest. The Panthers (0-3), meanwhile, will host the Chanticleers this coming weekend, while the Demon Deacons host #5 Clemson and then travel to Florida State.

The Black Knights have a real opportunity here, but they’ll need to face down two outstanding rushing attacks plus one of college football’s very best quarterbacks overall. It’s a good thing, then, that Army finally seems to have gotten its rushing defense straightened out. They’re gonna need it.

What a day for @ConferenceUSA

Editor’s Note: I forgot my camera this week, and Army’s social media team posted ZERO usable pics to either Twitter or Flickr. So we are celebrating one of Army’s most outstanding offensive efforts in years with a cover image of the Parachute Team.

Which is fine with me. I like the Parachute Team. 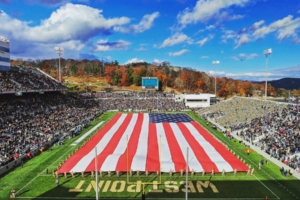 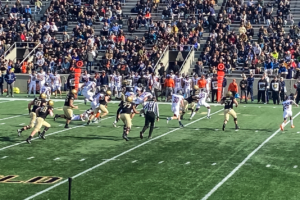 The Black Knights beat the Hell out of a badly[...] 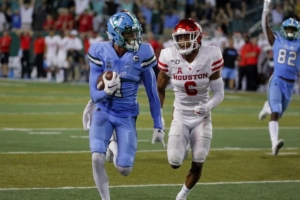