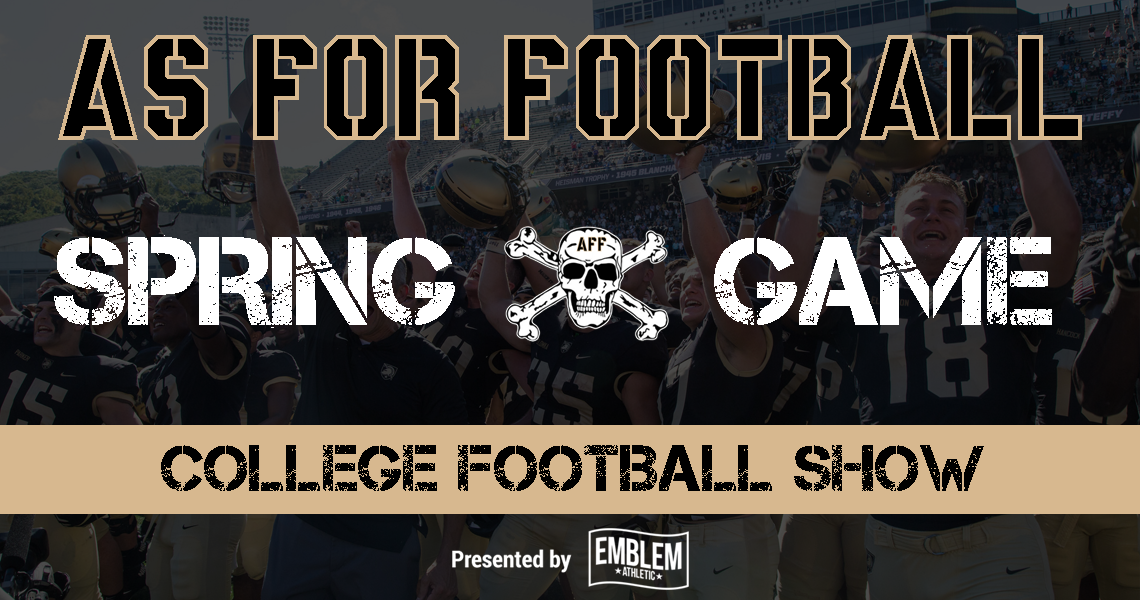 The As For Football’s College Football Show presented by Emblem Athletic with your host Rob Wright. During this episode the team and special guest Jordan Horvath get you caught up following the conclusion of Army’s Spring Scrimmage. The crew the results of the Spring Game, Quarterback Competition, Fullback Stable, Election of Team Captains, Introduction of Emblem Athletic, Update on Other Army Sports, and the Best Thing from this Month.