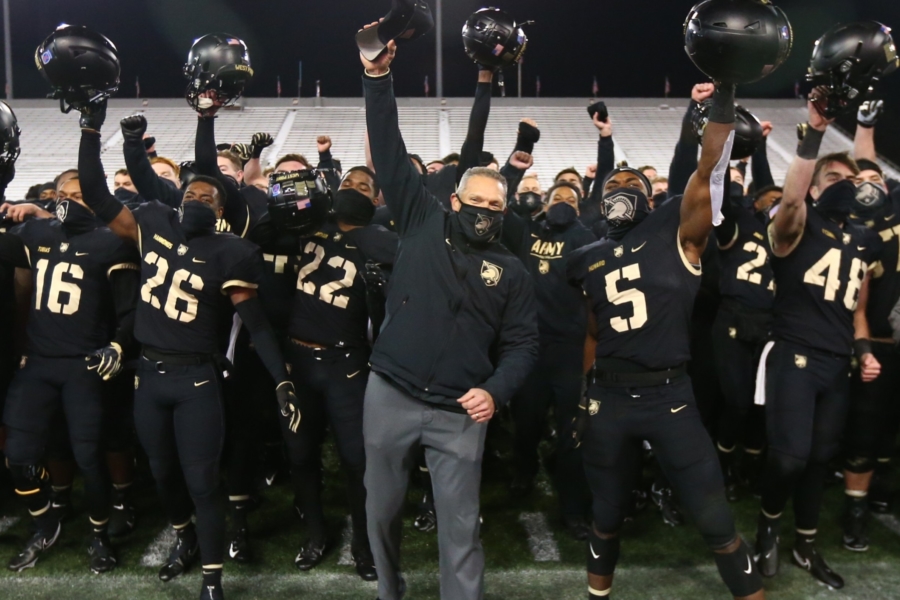 Thanks to Head Coach Jeff Monken calling out the PAC-12 and the NCAA writ large, Army is bowl bound. I thought the Independence Bowl was an appropriate postseason destination all things considered, but the Liberty Bowl certainly works.

To paraphrase Patrick Henry, “Give me victory, or give me death in the Liberty Bowl!”

We face off against the West Virginia Mountaineers this week. Where I’m from, the running joke is that everyone in West Virginia is an inbred hillbilly. Cue dueling banjos and somebody saying, “He got a real purty mouth, ain’t he?”

But this Mountaineer football team is legit. Don’t let their record fool you. They are a very good ball team.

Here’s how Army beats them.

Reflecting on our 2020 season. #GoArmy pic.twitter.com/x1q0N4kDFw

It seems obvious when you talk about Army, but it isn’t. Against most teams this season, we’ve used the option like a threat but then run straight power football. Quarterback Power and Fullback Trap. Wash, rinse, repeat.

That’s not going to work this week.

WVU has Power 5 players on defense.  Bigger, faster, and more athletic than the guys we’re used to seeing.  Army can negate some of those advantages by forcing them to play assignment football, though, and nothing forces assignment football like the triple option.

Go back and watch our last bowl game. QB Kelvin Hopkins got most of those big runs off of option plays. The triple is a killer.

Oh, and we’ll need to pitch sometimes. Like more than twice.

Actually, death by 75 plays.  Army plays. The Big 12 is notorious for their explosive offenses that can score quickly.  Or for their lack of defense, which is basically another way to say the same thing.  Regardless, the Mountaineers’ defense is not accustomed to being on the field for long drives.  They’re also not accustomed to getting knocked to the ground.

So Army needs a bunch of long drives where we’re cutting those big D-Linemen on every play.

Long drives are great for time of possession, but in this game they’ll be even better for wearing down the defense — and sucking out their will to live.  We’ve made defensive lines quit in the past.  We need to do it again.

No, this is not a request for Brent Davis to call a Halfback Option Pass. This is a call for Nate Woody to channel Mark Antony: “Cry ‘Havoc!’, and let slip the dogs of war.” Or just Unleash The Hounds for those of you who spec’ed-and-dumped plebe English.

However you say it, the Black Knights will have to fix bayonets and get after it.  Blitzing hard and taking this game to the Mountaineer offense.

Look back at our two losses. The Bad Boys attacked at Cincy, making plays and keeping us in the game.  Against Tulane, however, they played back, and the Green Wave picked us apart from the pocket.

The Mountaineers have won all the games in which they rushed for 100+ yards. We stop that by attacking.  Similarly, quarterback sacks shift momentum, while quarterback hurries lead to interceptions.

We get both by attacking.

But attacking means taking chances. We need to roll the dice in Memphis and make something happen.

Give us the ball.

We want IT! #GoArmy pic.twitter.com/K3SNOMQhx5

The Black Knights have blocked 7 kicks this year.  We need another. Or maybe a successful fake punt.  Or a kick/punt return for a touchdown.  Knowing this team, though, the odds favor a blocked kick.

Bottom line, we need to steal points and momentum in the oft-overlooked third phase of the game.  Army’s special teams have been special enough to make that happen several times this season.

Before you know it, we'll be kicking off at the @AZOLibertyBowl‼️#GoArmy

Your need to know for Thursday ⤵️ pic.twitter.com/1Cq2WuVev9

Now — for our more football-savvy readership — this former O-Lineman thinks we need to run four basic plays to win this game.  These plays are predicated on the fact that WVU’s stud inside linebacker, ILB Tony Fields, is saving himself for the NFL Draft.  We’re therefore focused on WVU’s second-best defensive player.  That’s DT Dante Stills (#56), a preseason all-Big 12 pick.

We need ways to attack Stills and the middle of this Mountaineers’ defense.  These four plays are specifically intended to keep Stills himself off-balance.

#1: Midline Option. The fullback-give key is the defensive tackle.  He’s left unblocked, and the ball goes where he doesn’t.

Finally, we need one play to keep the rest of the defense guessing.

#4: Counter Option. Army always seems to want to run the Quarterback Counter, either off a single step or like we saw with the naked bootlegs QB Christian Anderson ran so effectively against Air Force. We’ve also seen quite a few Inside Counters to SB Tyrell Robinson.

What Army hasn’t run a lot but you see quite a bit from Air Force is the Counter-Option Pitch.  Not necessarily counting on that particular play this week, but man, now might be an appropriate time to bust it out of the playbook.

In any event, we absolutely must have some misdirection plays to slow these guys down.  WVU has good safeties and run-stuffing cornerbacks, but Iowa State still gashed them repeatedly with the Read-Option Keeper.  Army is gonna have to channel some of that same magic to hang with these guys on the scoreboard.

This should be a good game, and it should be a winnable game.  However, Army will have to play its best ball of the season.

They can do it.

H/T to my teammate Joe Sachitano for his contributions to this project.  Cover image via @ArmyWP_Football.

Dave X is a member of the Army Football Brotherhood and the Fat Man Club. He’s a 1998 graduate originally from Maryland who now resides in Houston. 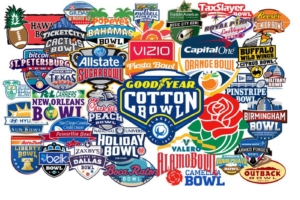 The As For Football crew has you covered this year[...]