Army Men’s and Women’s Basketball will face Navy for the first time this season on Saturday and Sunday, January 23rd and 24th.  The teams will play twice in games that mark the halfway point in the overall 2021 Patriot League schedule.

Army’s Men will play at Alumni Hall in Annapolis this weekend, while the women have two games at home in Christl Arena. Both teams will then switch arenas and play Navy once again in late February to finish off the regular season.

Army’s Men arrive this weekend at 4-2 in conference play, putting them 4th overall in the Patriot League.  Saturday’s game (2:30 ET, CBS Sports) is this season’s designated “star match”.  Sunday’s game counts just as much but doesn’t come with a star or air on the same network.  Instead, that contest will be on ESPN+ at 3:00 pm ET.  The Black Knights currently hold a 3-1 advantage in the Star Series overall.

The Men looked terrific early in the season but struggled in their first game against Colgate.  However, they came back to split the series against the Red Raiders — as well as one against Holy Cross — before sweeping a two-game set against Boston University.  Following this weekend’s games, they’re scheduled to finish out the year by repeating games against those same four teams.  However, where Army played seven of their first eight games on the road, the opposite will be true during the season’s final stretch.

These Black Knights have a tough task ahead, however.  Navy comes into this contest highly touted — and undefeated through six Patriot League contests.  The Mids escaped a late comeback in Bucknell’s Sojka Pavilion and an overtime bid at the hands of the American Eagles.  However, those same Mids have played four of their last six games at home.  Following this weekend, their schedule has just two more home contests followed by six more road games.

A big weekend sweep in Boston.

The Army Women currently stand 2-4 in the Patriot League, good for 7th place overall. They dropped a pair to Holy Cross but bounced back by winning their second game against Boston University on the back of some stellar defensive play.

It’s hard to know what to make of the Navy Women.  They had to postpone their first four Patriot League contests due to Covid-19 protocols.  They then started their conference season just this past weekend by playing American to a win and a loss.

Only eight teams will participate in this year’s Patriot League tournament, so each of these games is pivotal for the 7th place Black Knights. Both contests will air at 1:00PM ET on ESPN+. 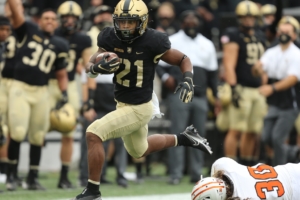