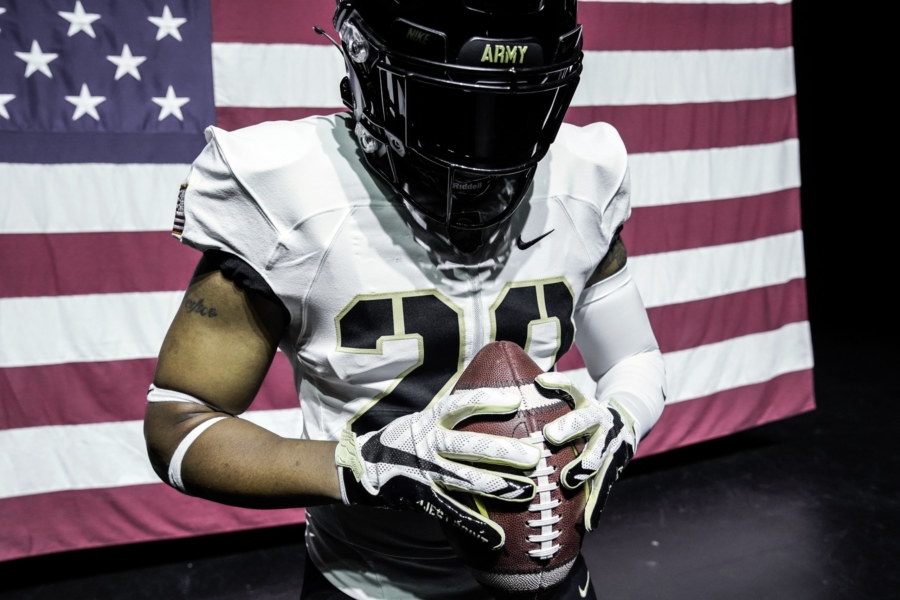 The Army-Air Force game has been played 26 times at West Point, 26 times in Colorado Springs, twice in Chicago, and once in the Bronx. This Saturday, Arlington, TX will become the fifth city to play host to the longest uninterrupted intersectional rivalry in college football.

Some people are upset that the rivalry is being moved from the Academies for this two year stint. There will always be dissenters. But Texas is a natural place for this particular game. Texas doesn’t just play host to this year’s and next’s Commander’s Classic. This state also has more active duty Army (64K) and Air Force (37K) personnel stationed within its borders than any other state in the nation.

The last time these two teams met, it marked the first time the game was the final leg of the triangular Commander-in-Chief’s (CiC) matchups. Thank you Covid. But now the game is back to its normal, middle position.

There’s nothing too surprising about the Zoomies’ offense. Their biggest threat is Brad Roberts, a 205 lbs B-back who averages 4.6 yards/carry and over 100 yards/game. In terms of big play potential, QB Haaziq Daniels can be very slippery through the B gap and on the perimeter. This is broadly similar to what we’ve seen out of Army’s offense of late, especially with QB Tyhier Tyler under center.

The downfall of this offense, though, is their passing game. Air Force has never been the most traditional option team. But for one that attempts 8 passes/game, completing just 44% of them isn’t a winning formula. By comparison, Army has also attempted 8 passes/game, but the QB room from West Point has completed 60% of theirs, and not for nothing, but the Black Knights’ offense has been all-but-unstoppable when they’ve gotten the passing game working.

Army’s secondary has not exactly inspired confidence this year, but they have been ballhawks against inferior passers. Like last year, big plays on defense could very well be the difference.

On the front line, Army’s defense will have to be the definition of bend but don’t break. Air Force has not been able to sustain drives in the way they normally do. They rely on chunk plays to get points. If Army can prevent the big play, their rushing defense should be able to hold Air Force to only a few scores.

It’s hard to get a reach on Air Force’s rushing defense. While they’ve allowed fewer than 100 yards/game, they’ve also played a bunch of pass-heavy attacks in the Mountain West. Their one rush-heavy opponent Navy fired their OC after the game, so make of that game what you will. Clearly the Squids aren’t the same team now that they were at the start of the season. Air Force did give San Diego State some fits on the ground, but the Zoomies haven’t faced a rushing offense like Wisconsin’s, for whatever that’s worth.

Given Air Force’s schedule, their passing defense has performed well. They’ve allowed just 180 yards/game in a conference that loves to throw. While they won’t necessarily have the same personnel on the field against Army as they would against Utah State, Air Force’s secondary is a real danger in this game. That doesn’t mean that Army shouldn’t pass. It might mean, though, that they should stay away from giving QB Jabari Laws double-digit attempts.

No. ✌️ led our ground attack Saturday with over 100 yards and a TD with help from the MOB up front. #GoArmy | #LastoftheHard pic.twitter.com/NpSRxmDPDH

LB Vince Sanford leads the team with 36 tackles, 8 of them for a loss. Look for him to try to disrupt the perimeter options. DB Corvan Taylor is the Falcon’s version of Army DB Marquel Broughton. He has 3 interceptions on the year plus 2 fumble recoveries. If Army does plan to throw, they had better be away from him Taylor.

For the first time in recent memory, Army has a distinct advantage here. Air Force has tried 3 different placekickers this year and they are a combined 5 of 8. That means that Air Force will be more likely to go for it on 4th down inside the 40. So it’s not good enough to hold Air Force to 4 yards on 3rd and 5.

If we know anything about recent CiC games, special teams matters.

Vegas and some of the computers disagree about this one. It’s hard to tell what to think of Air Force’s defense. And their offense is far from their strongest in recent memory.

Honestly, we’re set up to see a very boring first half. Think about both of Army’s CiC games last year or Air Force-Navy from earlier this year. The first team to make a mistake and get behind the scoring schedule is very likely to lose. Neither team is going to want to take risks early.

With Army’s advantage in special teams, it wouldn’t be surprising to see the Black Knights ahead by a touchdown or less going into the half. But this game is going to be all about executing on specific play calls in the second half. You can’t afford to leave opportunities — offensive or defensive — on the field.

There are a lot of deflated Army fans out there after the last three games, and understandably so. We saw one bad loss followed by two tough ones. That sucked a lot. But believe me, this is a very winnable game for the Black Knights regardless of who starts at QB. There is plenty of reason to be optimistic that the CiC trophy will stay on the banks of the Hudson.

This game decides where the Commander-in-Chief’s trophy will end up this year. If Air Force wins, it goes to Colorado Springs. If Army wins, the trophy comes back to West Point, regardless of the Army-Navy game outcome. 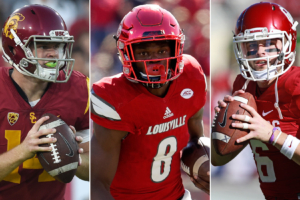 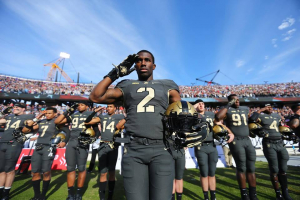 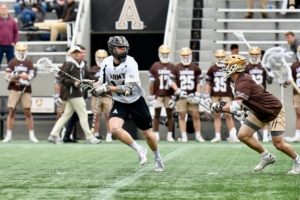