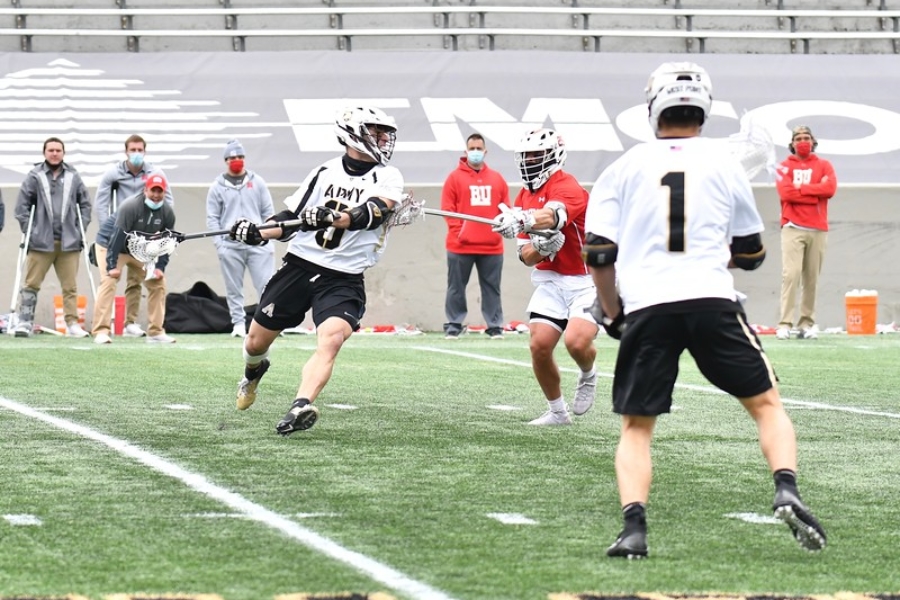 Army Men’s Lacrosse beat the Hell out of a very good Boston University team this past weekend, 14-8.  The game as a whole was something of a defensive struggle, with the Black Knights defense stonewalling the Terriers offense while Army’s offense slowly but surely chipped away at Terrier Goalie Matt Garber.  Army and Boston U. both scored in the game’s first minute; after that, it took fully ten minutes before Army Midfielder Matthew Horace scored the game’s next points.  However, Horace’s goal opened things up, and the Black Knights then took 5-1 lead into the 2nd quarter and a 6-1 lead into the half.  Army needed a whopping 55 shots to put up 14 total points, but they forced 19 turnovers and held the Terriers to just 18 total shots on goal.

That’s getting it done. 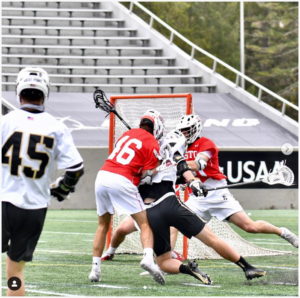 The Mids come into this weekend’s game ranked 16th in the nation.  This is a little surprising considering that the team is just 4-2 overall and 2-2 in the Patriot League-South, and that they’re sitting at just a +5 scoring margin, with 65 points scored to 60 points allowed.  By comparison, Army is 6-2, 4-1 in the Patriot League-North, and they own a +32 goal margin with 103 points scored against just 71 points allowed.  The teams are about even at the faceoff “X”, winning roughly 44% each, but Army has taken way more total shots — Army: 45 shots game; Navy: 36 shots/game– with fewer turnovers and more caused turnovers against a much, much tougher overall schedule.

Who have these Mids played?  They’ve beaten Mount St. Mary’s, Jacksonville, Bucknell, and .500 Loyola on a down season, with whom they split a two-game set.  Those teams own a combined record of 14-24 overall.

The truth is that this game should not be close.  Army has played better lacrosse against better competition.  The Black Knights ought to take this one in a rout.  But.  It’s Army-Navy, and it’s at Navy, so anything can happen.

We extended our home winning streak to 9️⃣ games thanks to 1️⃣0️⃣ different goal scorers in a complete team effort against Boston U. #GoArmy | #FamilyToughnessTradition pic.twitter.com/agNpem1qIv

Army Women’s Lacrosse also roughed up BU this past weekend to clinch the Patriot League-North division title.  After a tough start, the Women are playing their best lax of the season now that it really matters, and oh by the way, they’re also guaranteed a berth in the Patriot League Tournament.  They might just make a little noise, too.

The Women are at home this weekend against Bucknell (3-4, 3-3 in the Patriot League-South).  The Men’s game starts at noon on CBS Sports.  The Women are at 2 pm on ESPN+.

* Cover image again via the incomparable Donna Tamasitis (Instagram: dtamaphotos).  If you can’t tell, I am a huge fan of her work.