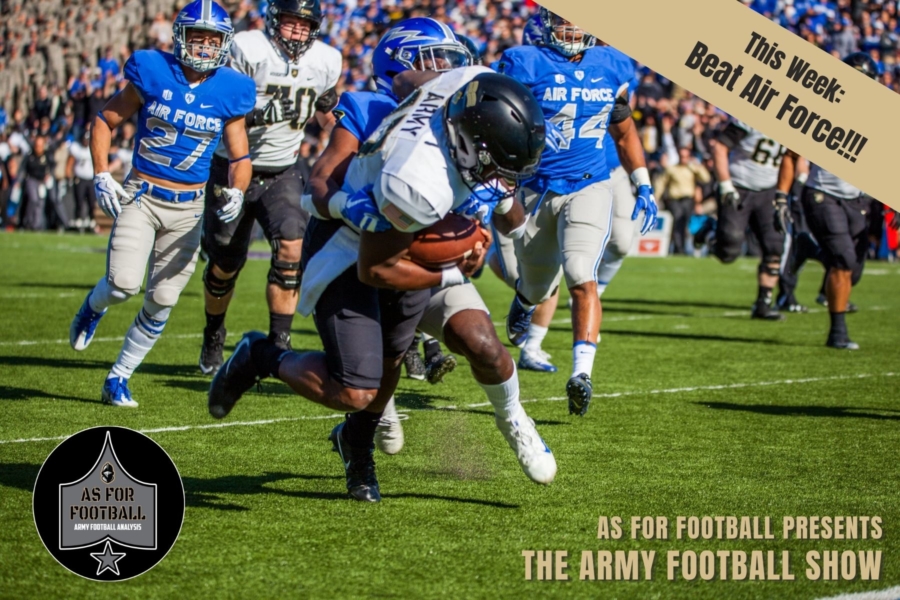 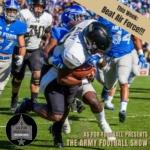 The As For Football Army Football Show
Beat Air Force

It’s BEAT AIR FORCE Week with possession of the Commander-in-Chief’s Trophy on the line.

This week: the crew goes deep on Army’s match-up with the Zoomies. We review recent performances by Wisconsin, Wake Forest, and San Diego State to get a sense of how Army and Air Force match up on strength-of-schedule. We then preview this weekend’s game in detail. We talk about how Army and Air Force run the triple-option, compare quarterbacks, skill position players, and defensive stats, and look at where Army might be able to find an edge when it counts. Finally, we review MAJ Pete Bier’s falcon-hunting vision-quest.

It’s the biggest game so far this season. Get hyped!