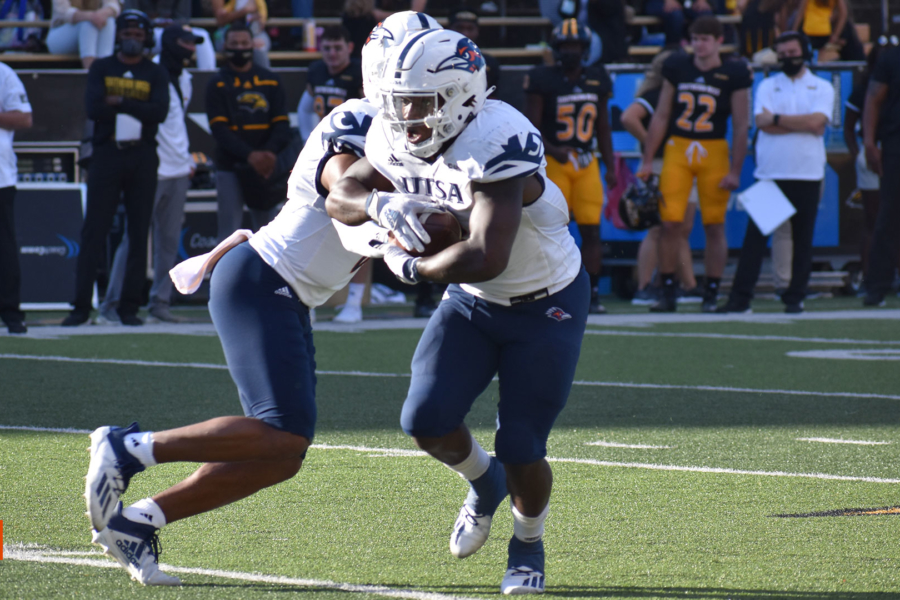 No Army Football this week, and in fact, I have heard that the Corps itself has to work on Black Friday.  Sad hours there, but at least the cadets are headed home for an extended Christmas Break soon.  All save the football team, at least, who still have to prepare for a post-Christmas date at the Independence Bowl.

Before that, though, we’ve got the Army-Navy Game, and before that, we’ve got Thanksgiving and Rivalry Weekend.  It’s one of my favorite holidays despite the off-date.

As For Football usually presents this particular column as part of our Games & Locks of the Week post for our patrons, but since there’s no Army Football to preview this weekend, we broke this piece off to at least give you a heads-up about what’s happening this weekend.

Nothing like a rivalry in the State of Texas to get us started, am I right?

UTSA (6-4) has a chance to get to seven wins and all but assure themselves of a bowl bid.  Meanwhile, North Texas (3-3) is trying to get back above .500, salvage their season, and maybe make a bowl game.  It seems like North Texas has had the better team in recent years, but these teams have traded wins frequently since this series began all the way back in… 2013.  Indeed, the Mean Green currently lead the series 4-3, but they’ve won the last three, so if nothing else, they have momentum on their side.

North Texas also has the better offense.  They’re putting up almost 560 yards/game, including nearly 260 yards/game rushing.  However, they’re allowing 520 yards/game and over 210 yards/game rushing, and that makes it tough to win no matter what.  Add in RB Sincere McCormick for the Roadrunners, and well, UTSA ought to take this one.

That would help the Black Knights quite a bit.

Kickoff is scheduled for 3:00 pm on Saturday, available via Stadium affiliates.  Locally, that means the MSG Network.  It’ll be on Fox Sports Regional networks most other places.

How weird is it that our nation’s Air Force Academy has a deadly serious Thanksgiving Day rivalry game against a local state college in Colorado?  It’d be a little like the Black Knights scheduling an annual Thanksgiving Day rivalry game against the University of Buffalo for midmajor supremacy in New York State.  This thing even has its own, highly-coveted Ram-Falcon Trophy.

All other factors aside, this contest gets major props for its scheduling — 2:00 pm Eastern on Thanksgiving Day.  I’ll be outside cooking by that point, and given that the other game in this time slot is Texans at Lions, I’ll almost certainly be ready to change the channel by then.

Air Force (2-2) is favored by almost a touchdown, but anything can happen in this crazy season, so who knows?  Colorado State (1-2) just might get this done.  That’s doubly true because of their rushing defense.  The Rams are allowing just 105.7 yards rushing/game and 2.5 yards/carry.  Their pass defense hasn’t been great, but in this particular contest, they match up reasonably well.

CBS Sports has the game, but not Ross and Jim, unfortunately.  Ross Tucker will be on the sideline for Washington at Cowboys, and I’m honestly not sure what Ben Holden will be doing, but hopefully, it’ll be something cool.

Friends, the Buffalo Bulls are really good this year, and somehow, so are the Kent State Golden Flashes.  In fact, both teams are 4-0, which means that there’s arguably no team in college football that’s been hurt more by the coronavirus pandemic.  Had either of these teams played their planned season schedules instead of going conference-only, they might actually be ranked right now.  As it is, both teams need this game just to ensure they make it into the postseason.

Can you say shootout?

Kent State has a good-looking secondary, but neither of these teams has been particularly good against the run.  That ought to make this an interesting contest to say the very least, especially if you like running the damn ball.

CBS Sports has coverage starting at noon on Saturday.  Do not miss this one!

Do you like scoring touchdowns? If you do, then this video is for you! #FlashFAST | #BTA pic.twitter.com/zREto5PiUH

The Spartans are 4-0 with wins over Air Force, New Mexico, San Diego State, and UNLV.  Boise State is 4-1 with their only loss coming to the midmajor-slayers at BYU.  These teams look pretty even on paper, but Boise has the better rushing attack while SJSU has by far the better rushing defense.  Just based on the stats, you’d have to take the Spartans, but after years and years of dumpster fire football out at San Jose State, this game will need a sea-change of momentum for SJSU to truly get it done. Oh by the way, the Mountain West only has five contracted bowl tie-ins, so both these teams actually need to win this game to guarantee a trip to the postseason.

This is gonna be a good one.  Fox has the coverage starting at 4 pm Eastern on Saturday.

What do we make of the Sooners (6-2), friends?  They have losses to Iowa State and Kansas State, but if they win this week and again next week at Baylor, they’ll still somehow play for the Big 12 Championship.

Oklahoma’s got both a better offense and a better rushing defense, so really, they should cover.  However, West Virginia (5-3) has a much better secondary, and that might matter a lot here.  Regardless of their record, this Oklahoma team has as much talent as anyone in the country.  However, they’ve also been prone to mistakes in 2020, and it’s cost them — badly.  Hopefully that means that the Mountaineers can keep it close this week.

#15 Iowa State at #20 Texas (-1.5).  This should probably be higher up on the list because it’s two ranked teams in a Big 12 showdown with the winner maybe getting a shot at the Big 12 Championship.  I just can’t with the Big 12 this year, though.  Not after the whole conference jobbed to the Sun Belt.

ABC has the game, starting on Friday at noon.  Kudos for that time slot.

Georgia Southern (-2) at Georgia State.  Southern is looking for its seventh win of the season.  State can get above .500 and into bowl contention.  Meanwhile, the line suggests an exciting contest.  What’s not to love?

Oh by the way, Army needs Southern to win in a rout.

The game is at noon on ESPN 3.

#22 Auburn at #1 Alabama (-24).  Usually, you’d have to make the Iron Bowl your Game of the Week, but Alabama’s favored by 3+ touchdowns this year, and they’re probably going to cover.  Yuck.

Memphis (-14) at Navy.  I’d take the Tigers to win big here, but every time I get ready to bury the Mids, they come back and surprise me.  More than anything, Navy fans need to watch the health of LB Diego Fagot as we head into Army-Navy.

This one is on CBS Sports, starting at 7:30 pm Saturday.

We Will Fight. #GoArmy pic.twitter.com/s4VMSOWeBX 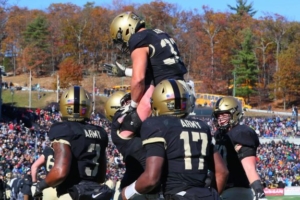 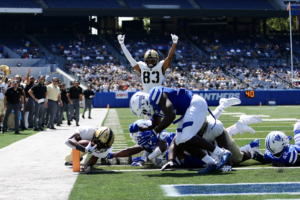 Preview in new tab We’re headed back to Michie Stadium[...] 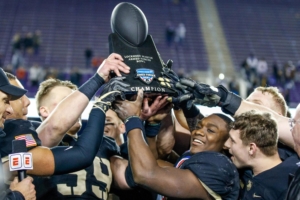 Your Army Black Knights had a tough task this week.[...]