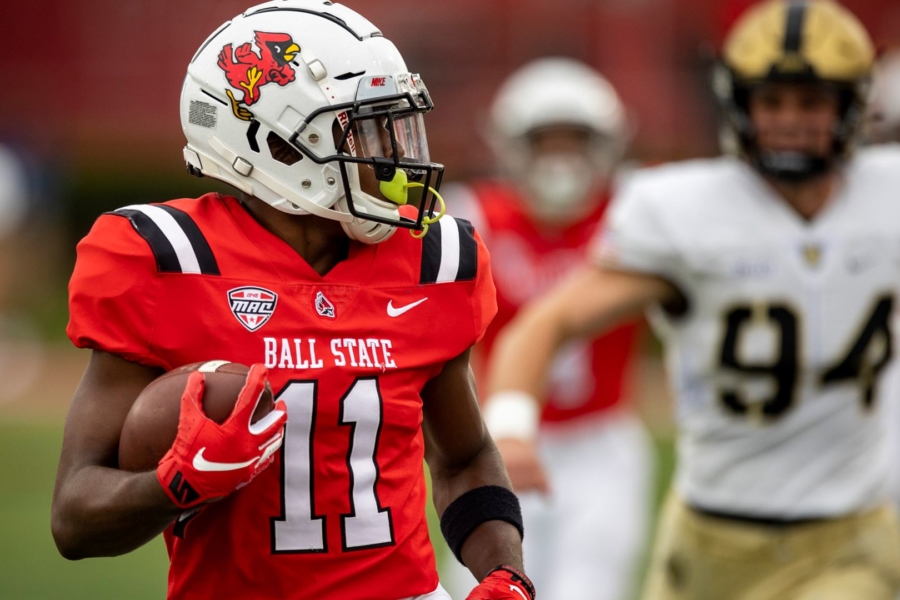 Well, friends, that was a tough one. You saw it as clearly as I did, and nothing I say is going to change anything, but wow. Bottom line, Ball State was the better team.

Back in action on Oct. 16 at Wisconsin. pic.twitter.com/MNUBE6ADZN

Folks all over social media complained about the quarterback play and the play calling and everything else. What I saw was the Cardinals creating one-on-one match-ups all over the field and then winning those match-ups in almost every case. We especially saw this early, but it happened late, too, and really, how many times did we see Ball State receivers carrying defenders down the field after contact? How many times did we see half the Army defense trying to tackle one guy?

Army got out-manned. It doesn’t happen all the time, but in this particular game, the Cardinals had better, more talented athletes, and they succeeded in putting those athletes into the right positions to make plays. This happened most obviously on the outside with the receivers, but it happened on the opening kickoff, too, and it happened whenever Army tried to run to the short side of the field. The Cardinals beat blocks, made tackles, and frustrated the Black Knights at every turn. They blocked on offense and bought time for their quarterback. I’m telling you, this wasn’t so much a team loss as it was 11 individual losses on most every snap through the first, third, and especially fourth quarters.

Dudes were just getting beat at every level.

For whatever reason, Army got off the bus out of sorts. They gave up 14 points in the opening moments, and then they gave up a long touchdown drive shortly thereafter to make it 21-0. That was your ball game. The Army offense put together a good-looking second quarter to make it competitive, and the defense kept hope alive through the third quarter with a series of all-out blitzes to get in QB Drew Plitt’s face, but all of that was still too little, too late. Offensive futility through the third quarter put the team in repeated bad spots, and the defense eventually broke, aided by a handful of truly unfortunate interceptions. Once Army got down 28-14, you just knew they weren’t coming back. They were fighting off their back foot the whole game.

This was a classic trap game, friends. Army came in heavily favored on the road with an even bigger game coming up in the next two weeks, and for whatever reason, the Black Knights fell down bad right from the start. They were okay in spots, but they were nowhere near consistent enough to get a win. Give credit to Ball State. They came in prepared, hungry, and ready to execute.

Let’s don’t dwell on the negative. Let’s just move on.

Ride or die for the Black Knights.

Next Week: the Bye

I’ve never been more glad to get a week off. Army needs to regroup, get healthy, and get set for another tough match-up. Wisconsin looms large out at Camp Randall, and if these Black Knights can’t turn things around in a major way, they may yet go 0-for-October. The Badgers need a win desperately, while Wake Forest suddenly looks like the class of the ACC.

One way or another, these next three weeks ought to tell us a lot.

I have no idea what the coaches are gonna dial up over the next two weeks, but I sincerely hope that it’s something clever. Army has a real chance against a wounded Wisconsin team if they can move the ball, but oh baby, that Badgers’ defense is legit.

I know it’s an unpopular opinion, but I really think the key is the passing game. If Army can’t pass — at all — then teams will continue to put 11 in the box, and as we’ve seen over the last two weeks, that hasn’t always worked out for the good guys. This particular Army Team needs to hit at least some passes down the field, or it’s gonna be tough to succeed down the stretch. I feel like we’ve learned this now in successive weeks.

Enjoy the break, everybody. Let’s come back ready to work.