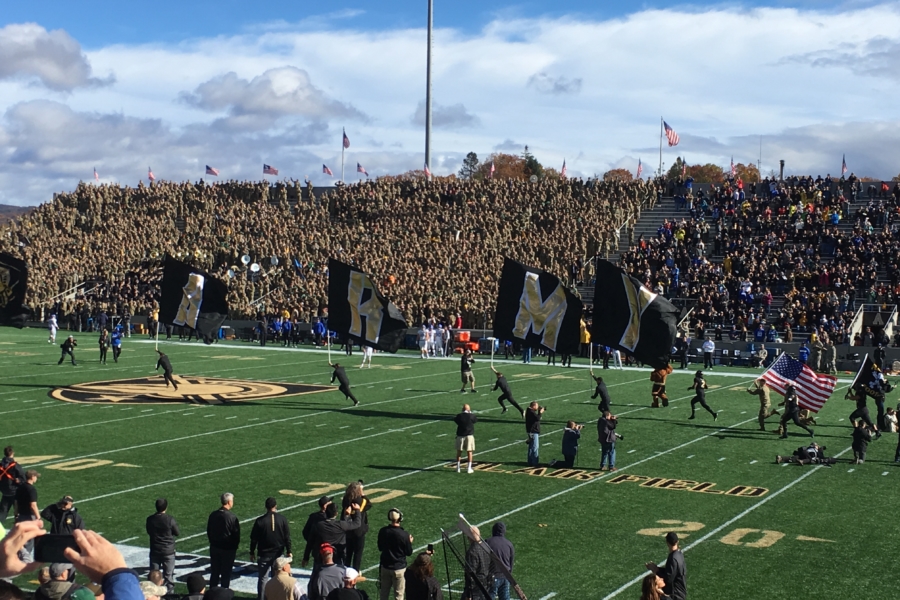 Good afternoon and happy Black Friday!  This is a special post-Thanksgiving edition of the College Football Roundtable.  We’ll be previewing our top five games this week plus adding a special bonus game by request.

I went to school with you, so I know that almost half of you are from Texas and that maybe half of the rest are from Tennessee.  It is therefore no accident that we’ve been leaning hard towards the SEC, ACC, and the Big 12.  In fact, you guys asked for Oklahoma at West Virginia for your primary preview this week.  That’s already posted. These next five are games that interest me or that I think might interest you.  A few have potential implications for the Black Knights as well.

I probably should’ve dropped this game off the list, but Alex Funderburke would’ve gotten mad at me, and also, the game itself impacts Army’s would-be chances of making it to a New Year’s Six Bowl.  Alas, those chances do not look good. The Knights are gonna beat the Bulls like a ragged drum. UCF QB McKenzie Milton is 166/279 passing (59.5%) with 24 touchdowns against just 5 interceptions this season.  Oh, by the way, the Knights also rush for more than 250 yards/game. Also: UCF ran right over Cincinnati, and Cincinnati is way better than USF.

"You want to play in a program where you're playing in a big game on Thanksgiving weekend."

I don’t personally care about this particular game, but it’s a big-time rivalry with College Football Playoff implications, so I had to stick it on here.  As of this writing, Michigan has the #4 playoff spot. Assuming they take care of business this weekend, they’ll most likely earn the right to get trucked by Alabama on New Year’s Day.

The Wolverines have both a better running game and a much better defense.  So far this season, they’ve put up an average 429.6 yards/game on offense, evenly split between the run and the pass.  That’s good. More impressive, though, they’ve allowed just 234.8 yards/game total with a mere 123.2 yards/game passing.  That is some outstanding defense.

The line is Michigan (-4), and I think they cover easily if they just pound the rock and play good defense.  Really, the only way the Wolverines lose is if they let the Buckeyes get a turnover in plus territory that puts cheap points on the board, forcing Michigan to play catch-up.

This is the Mountain West-Mountain division title game with the winner earning the right to face Fresno State (9-2, 6-1 in the MW-West) in the Mountain West Championship.  Boise is a 3-point favorite, and I don’t get it. Utah State has been murdering teams.

Boise State is also good, don’t get me wrong, but they have much more of a tendency to do it through the air.  They’re putting up 305.5 yards/game passing against just 4.2 yards/game rushing while allowing 3.7 yards/carry to their opponents.  That doesn’t sound like a lot, but that extra .2 yards/carry makes a gigantic difference against a committed rushing offense. It’s the difference between getting regular stops on 3rd down versus allowing conversions.

Boise’s losses this season have come to Oklahoma State and SDSU.  By comparison, Utah State has only lost once—to then #11 Michigan State by a touchdown.

Gimme the Aggies to cover.  I think they run all over the Broncos.

Today is about turkey, family and football. SATURDAY is all about football.

You don’t think the Governor’s Cup is gonna be much of a game, right?  Because the Bulldogs are favored by more than two touchdowns?

Georgia Tech (7-4, 5-3 in the ACC Coastal) has won four straight.  They are a much better team than their record indicates.  In fact, the Yellow Jackets currently have the nation’s #1 rushing offense.  They’re rushing for 353 yards/game and 5.9 yards/carry, and as any Army fan can tell you, that’s how you win games against high powered offenses like the Bulldogs’.  The Jackets’ defense hasn’t been great, but they are holding teams to just 4.2 yards/carry, and that’s not bad.

On the other side, Georgia is completing 68.8% of its passes for an average 9.5 yards/throw.  Wow! They’re also carrying for 6.2 yards/carry. That ain’t nothing. But they’re allowing 4.1 yards/carry, and that might just be enough to let the Jackets dominate time-of-possession.  Certainly, it ought to be a concern. Still, Georgia runs a more balanced offense than I’d expecting, putting up 226.4 yards/game passing to 257.5 yards/game rushing. So maybe they can possess the ball, too.  I guess we’ll see.

The line has UGA (-17).  The Over/Under posted at 61 but has since fallen to 59.  I’ll take the Jackets to cover, and I’ll also take the Under.  I think this looks basically like a service academy game with both teams running the ball and shortening the contest as much as possible.

Both these teams have disappointed this season, but Tennessee is the one that looked like they maybe had a chance to make a little noise late in the year.  Alas, though the Vols have been okay against the run this season, their offense hasn’t been consistent enough to win the games that matter, and here we are.  Granted, it looks like the program is finally headed in the right direction, but still. Missing a bowl game–again–is not the mission in Knoxville.

On the other side, the Commodores had Florida on the ropes but couldn’t finish, and it seems like that’s the story of the program’s entire history.  They head into this game at 3.5-point favorites, but I wouldn’t touch that line with a ten-meter cattle prod.

Can the Volunteers get their season turned around?  Will we at last see Army vs. Tennessee in the Independence Bowl?  We’ll find out this Saturday.

The Mids might be better than their record, especially with Zack Abey at quarterback, but they’re not better on defense.  Sure, they’re rushing for 5.1 yards/carry, but they’re allowing 5.2 yards/carry, and that ain’t real good. It’s especially not-good against the zone-read triple-option that the Tulane Green Wave are running.

What’s worse is that Tulane needs this game like they need oxygen to breathe.  This is a program that’s been on the cusp of a turnaround for years now. Really, they should’ve gone to a bowl game last year, but this year I think they finally find that first bit of validation.

The line on the game is Green Wave (-7), and Navy has been absolutely miserable on the road.  Gimme Tulane to finally break through at home on Senior Day.

— Hawaii (7-5) at SDSU (7-4).  SDSU is a 16-point favorite but playing erratically.  It would help Army’s strength of schedule quite a bit for the Rainbows could pull this one out.  That said, I’m not staying up to midnight for it. The game is on ESPNU.

— Arizona State (6-5) at Arizona (5-6).  Several bowl projections have Army against a Pac-12 team, in which case it may very well be one of these two.  That works for me, though I’m not sure how well the Black Knights will draw on the West Coast.

— Houston (8-3) at Memphis (7-4).  The bowl projections that don’t pit Army against a Pac-12 team mostly pit them against an AAC team in the Armed Forces Bowl.  Folks are saying SMU, but I think Houston or Memphis are more likely foes. In fact, I’d probably lay even money on Houston right now.

This game is Friday at noon on ABC.  The Tigers are somehow favored by 7.5-points.  That is insane. Take Houston and the points, time now.

Boston College is a 7-point favorite.  The game is on ESPN at noon on Saturday. 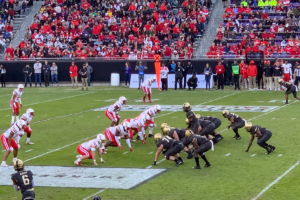 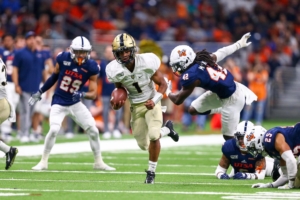 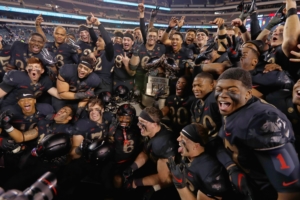