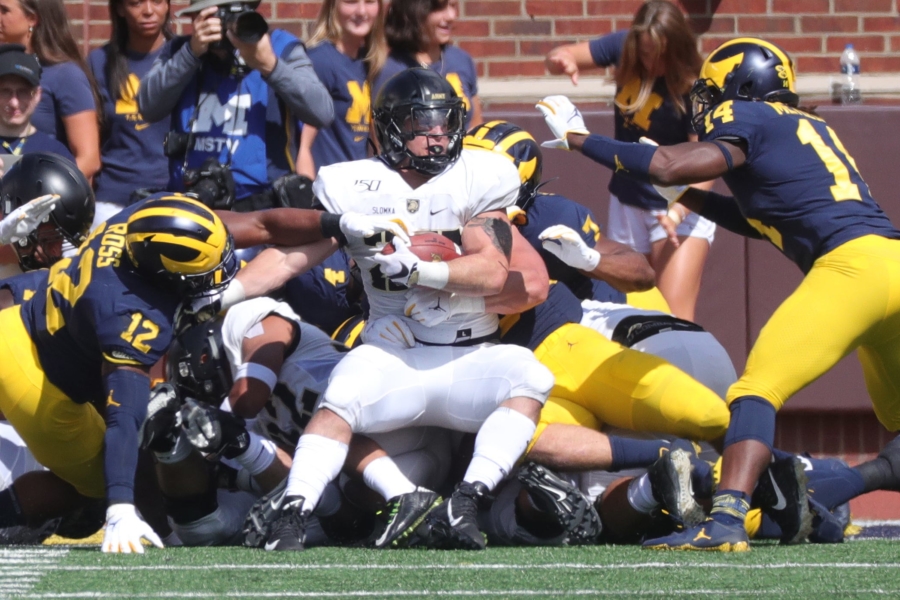 Alright Army fans, time to get back in the game.  I hope you all loaded up on your blood pressure medication after last week’s scare.  You won’t need to touch it this week if Army sticks to the keys to victory.

No-brainer here.  Unfortunately against Michigan we were unable to get the run game going and unable to sustain drives.

That should change this week. UTSA gave up 368 yards rushing last week for 9.4 yards per carry, so the Black Knights ought to run over the Roadrunners.  Coach Monken did a good job of rotating fullbacks against Michigan but expect Slomka to start again this week. That helps.

UTSA’s big problem against Baylor was 30 missed tackles, which contributed to quite a few long runs.  Assuming UTSA fixes their fundamentals, don’t expect to see too many break away runs from the fullback stable, but our slot backs may be able to get some speed and yardage on the outside.  Either way, Army needs to run the ball and run it hard in order to dominate time–of–possession and win this game.  Also our stat line could use a high yardage rushing game.

Weekend on the Road for @ArmyWP_Football in the Lone Star State. #GoArmy@MercedesBenzUSA pic.twitter.com/1gXZRLhggl

Hold onto the damn ball.

Another no-brainer, but one that needs to be repeated.  Army has had 4 turnovers this season.  This is not sustainable.  Army’s entire game plan hinges on minimizing opponent possessions by executing long drives that control the clock.  It is impossible to sustain drives if we throw interceptions or drop the ball.

The Black Knights dodged a few bullets against Michigan when we dropped the ball, but we won’t be able to carry on all season dropping the ball like a plebe on R-day.

UTSA’s QB Frank Harris has an unbelievable 71.7% completion rating.  Seriously that’s impressive, especially compared to Hopkin’s 38.5%. Granted, there are some differences in that play into these numbers, but the point stands that Harris is accurate given time in the pocket. If we let him, he’ll pick our secondary apart.

We didn’t consistently get pressure on Shea Patterson in the Big House, but when we did it made a huge impact.  The defensive line needs to get pressure and collapse the pocket early, and we need to get sacks with the outside blitz.  If we get pressure on Harris early we can stall their offense and force them to play catchup.  Harris has some talent outside the pocket running the ball himself, so Christiansen needs to be playing QB Spy like he did so well against Rice.

Headed to new heights with @ArmyGK for Roadrunner Nation… 13,500 ft to be exact! ✈️

That’s all folks, hopefully the Army team enjoys their time in Texas and all of us at home have a nice relaxing afternoon instead of a nail biter.  The game is on the NFL Network at 3:30pm.  The line favors Army by 17 points.

Let’s keep it that way. 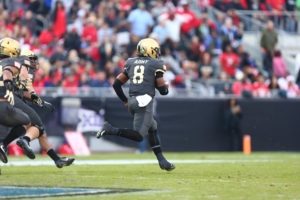 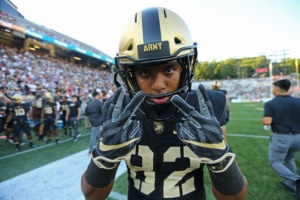