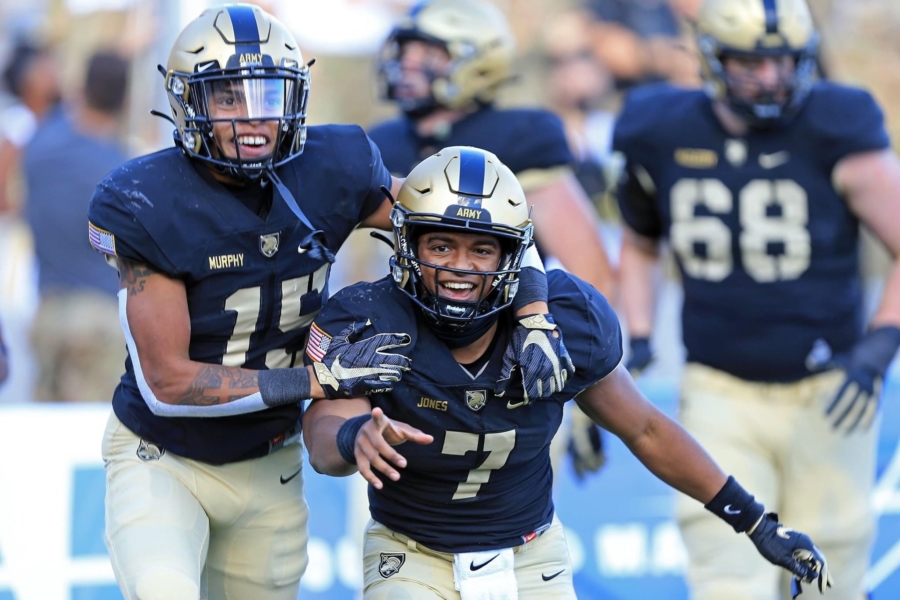 Happy Sunday, everyone.  I gotta keep it short this morning.  Heading out to ride with some of the guys from my office, and I am quite excited about smoking them in detail.

You know what else is fun?  Watching Army run for 440+ yards at Michie Stadium.  Granted, you don’t want to see your defense give up multiple long passing plays for touchdowns, but at the end of the day, Army covered a 31-point spread with its backup quarterback, and that’s not too bad.  I enjoyed the game quite a bit, and I’ll bet that you did as well.

I hate that QB Christian Anderson got hurt, but Jemel Jones came in and did pretty much everything you could ask.  He finished 4/7 passing for 52 yards and Army’s first passing touchdown of the season, and he ran for 138 yards and 2 more touchdowns on just 14 carries (9.9 yards/carry!). It’s kind of a small sample size, but my sense is that Jones has the highest ceiling of anybody in Army’s Quarterbacks Room.  He’s a little bigger and stouter than either Anderson or Laws, he hits the hole harder and runs inside with a little more authority, and he’s got a good arm.  Really, he reminded me a lot yesterday of Ahmad Bradshaw, save that Jones threw the ball a little better than Bradshaw usually did.

We ran for over 400 yards and scored a season-high 55 points in Saturday's victory over Abilene Christian at Michie Stadium.

Jemel Jones and Tyrell Robinson each ran for 100 yards on the day. #GoArmy pic.twitter.com/ixqHR7EAzR

Honestly, it’s amazing the young talent this Army team boasts on both sides of the ball.  This coaching staff has done an incredible job recruiting over the last two to three years.  We already talked about Jones; he’s a yearling.  SB Tyrell Robinson had a big game yesterday as well; he’s a plebe.  FB Anthony Adkins carried 10 times for 70 yards and 2 touchdowns, including the cover, and he’s a yearling.  FB Jakobi Buchanon carried 8 times for 32 yards and a touchdown; he’s a yearling.  SB Tyson Riley came in at T-Back and got 3 carries; he’s another plebe.  On the defensive side, we’ve seen DBs Jabari Moore and Marquel Broughton stand out repeatedly; both those guys are yuks.

Jemel Jones was ready when his number was called.

Head Coach Jeff Monken called the game “sloppy” in his on-field interview afterwards, and it’s not particularly hard to see why.  A week after penalties cost this team a chance to win at Cincinnati, we saw 4 for 27 yards this week, including three along the offensive line, plus Army kicked off out-of-bounds twice.  Two of those were back-to-back right after Anderson got hurt, forcing the team’s first punt.  We also saw QB Peyton Mansell go 23/37 passing (62.2%) for 279 yards and 3 touchdowns.  Yikes!  I mean, we knew ACU had an explosive offense, but their guys got behind the defense a few too many times for comfort.  ACU also ran 23 times for 86 yards (3.7 yards/carry).  They went just 1/10 on 3rd down and 1/3 on 4th down, but that’s still more production on the ground than Army’s given up all season.

I don’t know if you noticed, but Air Force looked really, really good yesterday.  We’ll see how they do over the course of an 8-game season with just 65 players on their roster.  For now, though, my sense is that the Black Knights will need to maintain their rhythm on offense and keep improving on defense if they want to win the Commander-in-Chief’s Trophy.

This Army Team certainly has the potential.  They’re good enough.  They just need to harness that potential and play their best football when it counts. 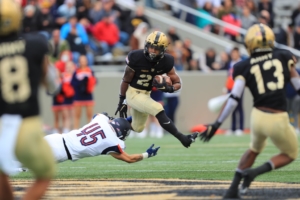 Army is bowl eligible for the fifth time in six[...] 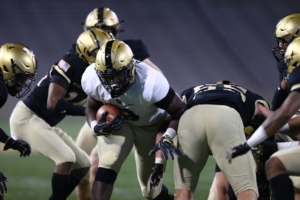 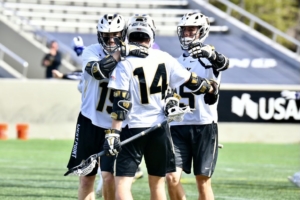