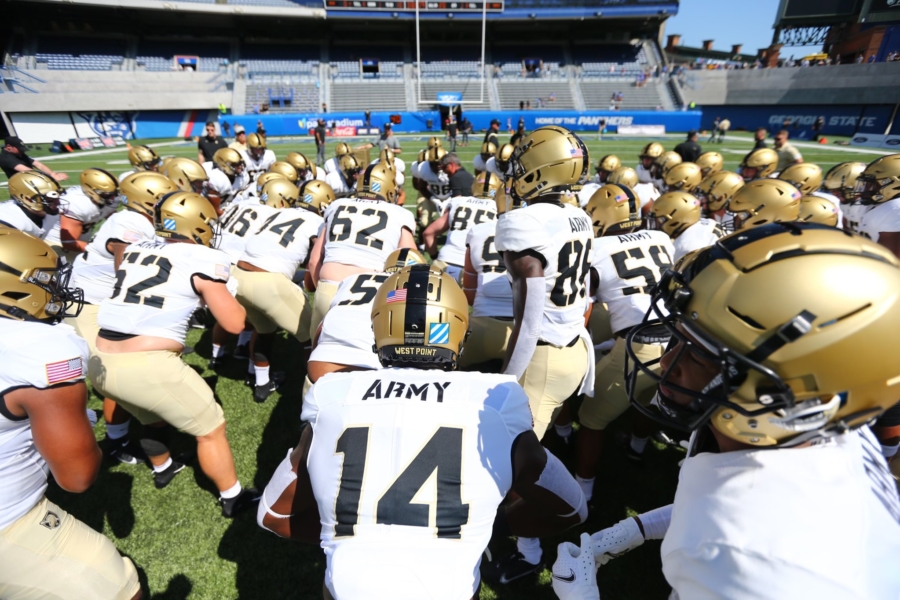 The Banks of the Hudson are buzzing after Army’s 43-10 blowout victory over Georgia State last Saturday. Though two-point underdogs, the Black Knights came to play. Six different players found pay dirt. The defense held the Panthers to 177 total yards.

But Army’s next opponent, Western Kentucky, also demolished their opponent last week. The Hilltoppers beat FCS UT-Martin, 58-21. Army’s defense will have to be just as disruptive in their home opener as they were in Atlanta.

We’re all thoroughly fed up with Applebee’s and bad country-pop music at this point, so it will be nice to get back to CBS Sports. At least there I can watch commercials that matter like how to get revolutionary knee surgeries at little to no cost for veterans. I’m also excited to hear new play-by-play announcer Jason Horowitz in his Army Football debut alongside analyst Ross Tucker and sideline reporter Tina Cervasio.

You're gonna need to add some chocolate milk for our partnership to work https://t.co/xhHKUsaYd5

But enough small talk, let’s get to the preview.

It’s hard to be down on an offense that put up 43 points on 356 total yards. But the internal pessimistic sports fan in me wants to look for negatives. And while there were very few mistakes, there are a few things to keep in mind.

We want to see Army take the football from touchback to a touchdown — 75 yards — like a machine. But we never saw that. Army’s six touchdown drives went for an average of just 44 yards. That’s good because it means the defense gave the offense a short field, but it also means that Army’s average touchdown drive started in plus territory. Alas, when drives started at Army’s 35 or behind (not including running out the clock), the Black Knights punted twice and kicked a field goal. You don’t want to rely on special teams and turnovers to set you up for six point scores.

The optimist in me looks at the quarterback carousel working as advertised. When Tyhier Tyler came out with an apparent leg injury, Christian Anderson came in and played well. More importantly, the team made plays when it mattered. They failed to convert on just six 3rd down opportunities, three of which were converted on the subsequent 4th down. That’s pretty good.

Capitalizing on two turnovers and the offense taking advantage of its opportunities led us to a 43-10 victory Saturday in Atlanta.#GoArmy | #LastoftheHard pic.twitter.com/gTIumUg1w3

Fans can’t ask for better. This defense allowed just 10 points on 177 total yards. One key Panther receiver missed the game due to Covid. But so what? This team generated 2 turnovers, 6 tackles-for-loss, and 3 sacks. Army’s defensive line dominated the trenches. LB Arik Smith finished with 5 total tackles, and CB Jabari Moore had an interception, but the real heroes played on the defensive line.

For better or worse, special teams still has some work to do. In addition to three heart attacks they gave us during that first punting series, they also gave up a blocked extra point and a failed two point conversion. They did, however, make a field goal later in the game. Most importantly, P Zach Harding’s boot provided Army the advantage in the field position throughout this game. He had two punts for an average of 56 yards! Both times Harding punted, Army scored seven points on their next possession.

Final note: This was win number 50 at Army for Coach Monken! Congratulations Coach!

Congrats on 50 wins at Army @CoachJeffMonken !

Only the 4th coach to do it! pic.twitter.com/kNx14UIGwU

Following his performance last Thursday, Hilltopper QB Bailey Zappe is the talk of the town in Bowling Green. He went an astonishing 28/35 passing (80%) for 424 yards, 7 touchdowns, and just 1 interception. That is super-impressive despite the fact that is came against FCS UT Martin Skyhawks. Still, Zappe had ample time in the pocket. So the Hilltopper offense had a good start, but they maybe still have something to prove, too.

I could see this game going one of two ways. If Army’s D-line pressures Zappe consistently, they might force some mistakes, allowing the Black Knights to pull away fairly quickly. But if Western Kentucky’s O-Line can keep Zappe clean, watch out! This game could turn into a Wild West shootout.

With that touchdown pass, Zappe becomes the first QB in Hilltopper history to throw for 7 scores in a single game at Houchens-Smith Stadium!

If you’re looking for a good reason to be excited for the home opener, look to Western Kentucky’s defense. They allowed 3 touchdowns, 200+ yards of rushing, and nearly 400 total yards of offense to UT-Martin. Granted, WKU’s defense will have a few extra days to prepare coming off a Thursday night game, but Army’s offense has got to be able to make that work.

Both WKU’s punt and kick returners performed well, so Army’s coverage teams will have to be on point this weekend.

Coming off last week’s triumph, Army fans have high expectations for the 2021 season. We already knew this defense was good; suddenly it looks like Army’s offense might match the defense’s production.

Really, there are just two big questions heading into Saturday’s game. First, is the WKU offense for real? And second, how well will Army’s secondary perform if the D-line can’t get to the QB? The answer to those questions should determine whether this is a shootout or a blowout.

The game kicks at 11:30 ET, a half-hour ahead of the usual noon start. CBS Sports has the broadcast, and Jason Horowitz has the call. With Air Force at Navy later in the afternoon, the network will also host an Armed Forces edition of Inside College Football starting at 10:30 ET. Don’t know how much a contest we’ll see in the other game, but it’s the 20th anniversary of 9/11, so the gesture is on-theme, at least.

Correction: A previous version of this article started that Navy FB transfer Jamale Carothers had a 45 yard kickoff return. The return was in fact not made by Carothers. The article has been updated to reflect that. 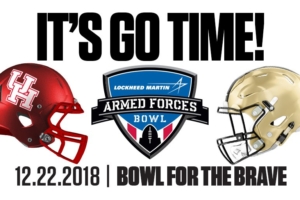 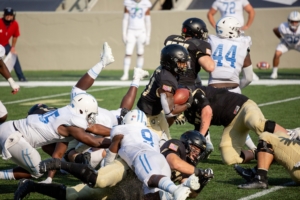