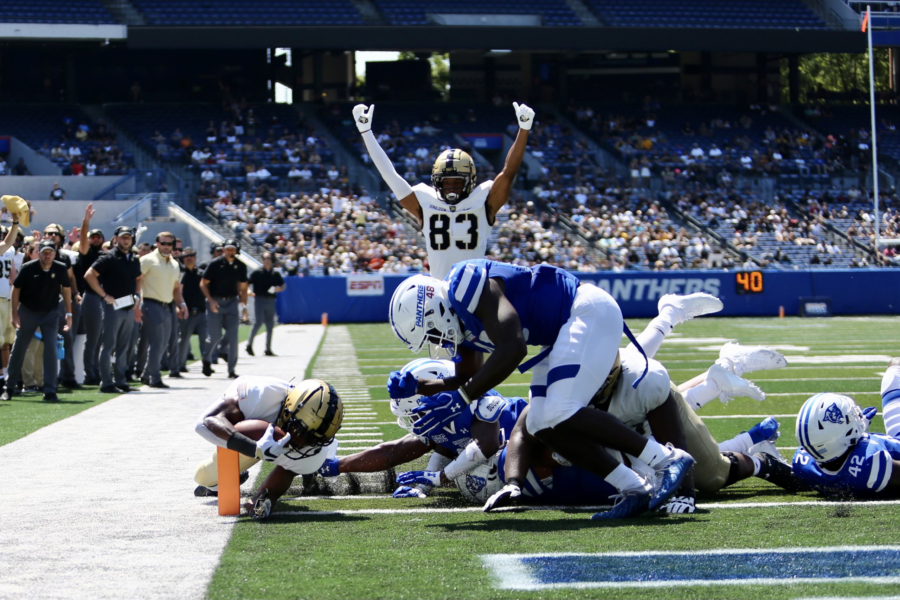 We’re headed back to Michie Stadium tomorrow for Army’s home opener, our first regular college football experience on the hallowed banks of the Hudson River in almost two full years.

It’s okay to be excited, but I can’t help feeling a little nervous, too. Army has never beaten Western Kentucky. The Hilltoppers own a 3-0 advantage in this series, with the last game coming on the road during the snake-bit 2019 campaign. Then as now, Army faced a throw-over-the-top offense and an underrated rushing defense, and despite all expectations, the Hilltoppers wound up rushing for every inch of 225 yards and holding the ball for a whopping 38 minutes. Expectations notwithstanding, QB Ty Storey overwhelmed the Black Knights down the stretch with power running, sending them home sad following an ugly-looking loss.

Let’s give credit to WKU Coach Ty Helton. Dude knows what he’s getting into when he faces the Black Knights.

We’ve got four this week.

It’s a little tricky this week because there weren’t any quality highlights from the Hilltoppers’ opener against the UT-Martin Skyhawks. What we know comes mostly from the box score.

But. UT-Martin scored first. They somehow ran for 201 yards on just 34 carries. That is fully 5.9 yards/carry. Some of that might have come because the Skyhawks got down 28-14 at the half and 45-14 by the end of the third quarter, so maybe WKU was playing a prevent defense.

Bottom line, Army has to make this work. They have to do it against a team and a coaching staff that is plenty well-versed in the fundamentals of the triple-option. We need power football with a double-dose of blunt force trauma. That’s how the Black Knights win this game.

Listen back to some of the big plays from our season opening win at Georgia State with this week's Radio Rewind. @LearfieldAudio#GoArmy | #LastoftheHard pic.twitter.com/2kbm0BhU5w

2. Get Pressure on QB Bailey Zappe

Bailey Zappe came over from FCS Houston Baptist during the offseason along with his offensive coordinator and half his teammates. Collectively, that crew put up big numbers at Houston Baptist, and they did it again in the opener against UT-Martin. However, these guys have never seen an honest-to-God D1 pass rush, and if Army’s going to win this Saturday, that absolutely must change.

Zappe put up 424 yards passing and *7* touchdowns against UT-Martin. He can and will rip the Army Team apart if they can’t get some pressure on him. Zappe is also a decent runner, having carried twice in the opener for 24 yards. Dude is 6’1”, 220 lbs, meaning he’s got more than enough mass to be dangerous with power running.

Andre Carter was a force in the 2021 season opener‼️

First player to record 3️⃣ sacks in a game since 2018. #GoArmy | #LastoftheHard pic.twitter.com/4h5xxkAuGA

3. Watch for the Long Bomb

Considering that their quarterback just completed 80% of his passes this past week, Western Kentucky might be able to win this game with an NFL-style quick passing attack. However, if they start hitting long bombs, Army will for sure be in trouble.

This week's Play of the Week, presented by @USAA, comes from @ArmyWP_Football's 43-10 win over Georgia State.

Jabari Moore's INT before the half to setup another score by the Black Knights!#GoArmy pic.twitter.com/GTrVfQYGei

4. Get Off Your Asses and Cheer!

This is Army’s first home game with fans in the stands in a good, long time. The team doesn’t need you to go there and clap politely. They need you to make some noise. They need your energy. They need the fans to make it as hard as possible for Western Kentucky to operate.

This is the 20th anniversary of 9/11. It is also the anniversary of CB Brandon Jackson’s death. There will be plenty of reasons to be somber and reserved this Saturday. But look. Those terrorists crashed planes into the Twin Towers for the express purpose of making you afraid. If you sit on your hands this weekend, you are legit letting the terrorists win. They wanted you to sit at home and cower in fear.

Go out. Live your life. See your friends. Cheer for your team. Don’t go to this football game just to watch.  Go to participate!

The best, most appropriate thing you can do this weekend is to enjoy it. Celebrate our return to normalcy and our overall way of life by cheering your team to victory. BE LOUD! 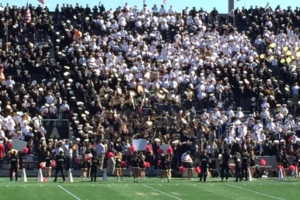 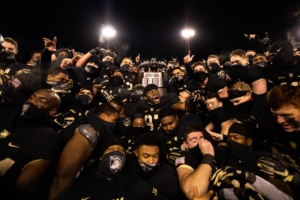