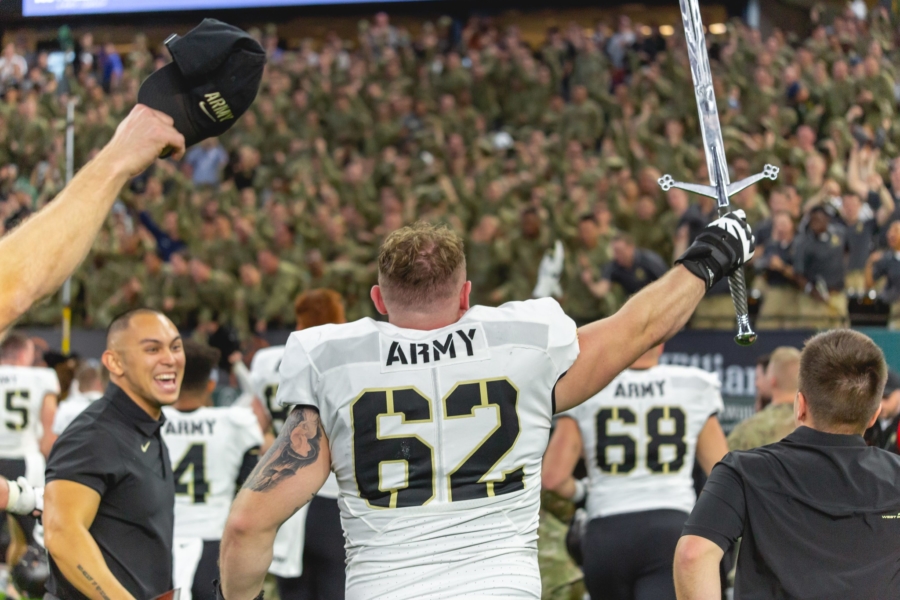 Just three years removed from consecutive 10 and 11 win seasons, some Army fans might struggle to see the current campaign as an overall success on the scale of those two fantastic years. That, however, if probably not the right way to view this season. What happened last weekend in Arlington remains a very real triumph — and in more ways than just getting a win. Yes, 5-3 feels a LOT better than 4-4 would have. But also, having our CiC hopes alive gives the season itself renewed life. This is a team will likely have 8 or even 9 wins and has a very real shot at capturing the Commander-in-Chief’s trophy outright. The fact that a year like this might seem like a “down year” in the eyes of some is therefore strange. More than anything, it shows how much the expectations have changed around this team.

The next step in turning this season into a legitimate success is becoming bowl eligible. The Black Knights can do that this weekend with a win over Bucknell.

Monday's are just better after you #BEATairforce.

There’s not much to say about the Bison team. They are one of the worst teams in Division I college footbal. Despite hosting the Patriot League Championship game back during the spring season, the Bison are now at the bottom of the Patriot League standings. They are 0-5 in league play with 1 game left against league-leading Holy Cross. Bucknell’s lone win came against the non-scholarship Ivy League’s last place team, Cornell.

As disappointing as the Bison have been, they find themselves traveling from the logging regions of the Susquehanna to the banks of the mighty Hudson with one last chance to prove this wasn’t a lost year. A win this weekend would go a Hell of a long way towards salvaging their self-respect, if not the entire season.

The Bison are set to travel to historic Michie Stadium for a nationally televised game against Army West Point on Saturday.

The Bison are one of just two FCS teams who’ve failed to average at least 10 points/game. In fact, they are dead last in total offense among FCS squads with just 205 yards of total offense per game. Bottom line, this team simply cannot sustain offense. They are just 30/130 (23%) on 3rd down and have completed just 49% of their passing attempts. Worse, they’re averaging just 4.4 yards/attempt passing while their running backs gain just 2.5 yards/carry. They also have *12* turnovers.

Bison QBs Nick Semptimphelter (good luck with that name, Jason Horowitz) and Ethan Grady have split time of late. They’ve combined for 5 touchdown passes versus 9 interceptions and have been sacked a total of 18 — yes, 18 — times.

Army’s defense tries to limit the number of 1st downs on every drive. That’s their scheme. Thus, blitzing should be an important part of this game. Bucknell is not really a deep play threat, and amazingly, they’ve been pretty good in the red zone, scoring 85% of the time. Alas, they’ve only gotten into the red zone 13 times in 9 games.

Really, LB Andre Carter should have a fun first quarter.

Bucknell gives up 215 yards rushing/game on 5.4 yards/carry. Their opponents convert nearly half of all 3rd down attempts and fully 60% of 4th down attempts.

That is actually amazing

Somehow, the Bison have recovered 7 fumbles this year, which is good. But they also rarely get to their opponents in the back field with just 3.4 tackles-for-loss/game. Not surprisingly, they’re not getting great play from their linebackers. S Brent Jackson, LB Ben Allen, and S Jonathan Searcy lead the team in tackles. That makes it tough to be stout against the run.

It’s always hard to tell what Brent Davis will do in these games. Against UConn, he was not afraid to go to the air. He might well do it again, too. But after last week, we’d kind of like to the ground attack get back on stride. This is a game that Army could win without throwing a pass. However, this particular version of the Army team has shown a decided willingness to take shots when they’re available. What that means this weekend, however, remains something of a mystery.

The passing game was on point Saturday.

As Dan said on the podcast, it would be nice to see Jabari Laws and Cade Ballard each get extended playing time this week. With previous injuries to Tyhier Tyler and Christian Anderson, we might not see much of them. Instead, this might be one of those weeks where Army’s fullbacks rush until they start breaking off runs of 10+ yards.

K Ryan Schatzel is 4/5 on the year with a 45-yarder on his résumé. P Ruben Anderson has also been good. He averages just 36 yards/punt, but he has put 10 kicks down inside the 20 yard line with only 1 touchback. That is truly excellent work.

The biggest priority in this game is keeping players healthy. No one needs to get hurt heading into the final 3 games of the regular season. We’d also like a chance to gauge depth on the roster. We haven’t seen a lot from the younger guys this year, but if a starter goes down in the Liberty game, who steps up against Navy? This weekend’s game may well help the staff decide who’s the next man up.

All other factors aside, Army has a lot to play for in this game. The team has a tie into an ESPN owned and operated bowl this year. There are 16 of those, but Army is most likely going to one of the following: Armed Forces, Birmingham, Boca Raton, Camellia, Cure, First Responder, Frisco, Gasparilla, or Myrtle Beach. Qualifying for a bowl game is super-important, however, and Army can help its case by strutting its stuff this weekend, especially after beating Air Force as an underdog down in Texas.

Sportsbooks aren’t offering any lines on this game, but the computer predictions are saying Army by about 54.5 points. I’m not sure I would take anybody by 54.5, but that hardly seems impossible. Still, if Army gets up by 30 in the first half, we could legitimately see nothing but Fullback Dives throughout the entirety of the second half.

Game kicks at noon. CBS Sports has the call! 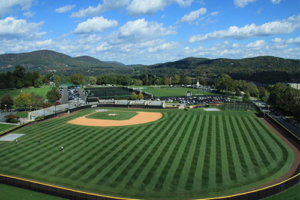 Good morning everyone, and happy Friday.  We don’t have a[...] 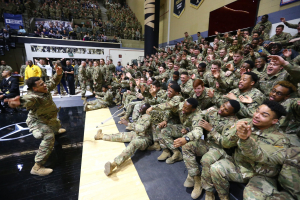 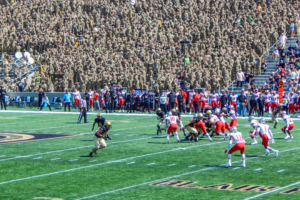