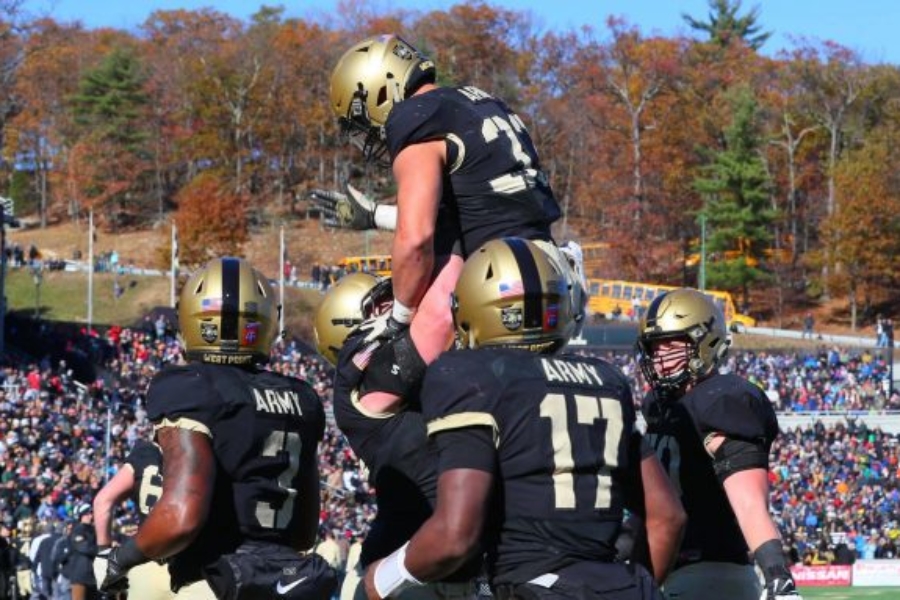 If you’re reading this, I hope you’re sitting down with some leftover turkey that you’ve made into a sandwich.  Either that or fighting for a TV on sale at your local Best Buy.  Remember to work the jab.  Regardless, Happy Thanksgiving and Black Friday and BEAT THE HELL OUT OF HAWAII.

Here are your Black Knights Black Friday Keys to victory.

Maintain Coverage over the Top

The Bad Boys on defense have been doing a great job of not getting beat deep the last few weeks.  The past two games in particular have seen us give up just 13 points, mainly because our coverage team has been able to stop the deep threat and force opponents to run crossing routes over the middle or quick outs.

Hawaii QB Cole McDonald can throw the ball pretty well, though, and his receivers can run and catch just as well.  So if we want to win this week, we need to play good containment.  McDonald has thrown 400 passes this season with 259 completions for 3,151 yards and 26 touchdowns.  He can absolutely sling it, but he isn’t always the most accurate.  Preventing the deep threat and forcing him to throw more balls per drive will result in more mistakes.  With that, we can use to get off the field.

Despite his impressive stats, McDonald has 13 interceptions on the season.  Most of those have come when he is pressured in the pocket.  Our D-line did a good job of getting pressure on VMI two weeks ago, but only in the second half.  An early-game sack to rattle McDonald will pay dividends later in the game.  Hopefully Hawaii’s O-line will get tired because they can’t get off the field via long passing plays, allowing our boys to get pressure.

Expect the Army Defense to get at least one interception in this game if we can get good pressure.

Hawaii’s run defense has been bad.  It’s improving, but still not great.  Most of the teams they’ve faced have run West Coast schemes, so the Hawaii’s defense has optimized to stop the pass.  We need to capitalize on that and run the ball.

Unfortunately, Hawaii plays the service academies on a regular basis so they are familiar with the triple-option.  Fortunately, Air Force ran all over them.  A good mix of inside power runs and outside pitch plays should allow us to move the ball consistently.

Thanksgiving on the gridiron. #GoArmy pic.twitter.com/VQd4boFSxC

The game kicks off at 12:30 am EST early Sunday morning.  Ouch.  The team flew out to Hawaii on Tuesday to allow some time to get adjusted, but the time difference is still going to be a factor.

I don’t see any reason why the team won’t be fired up, though.  This game is make or break for the postseason.  We can still get bowl-eligible if we win this game and beat Navy in two weeks.  I trust that Coach Monken has the boys fired up, and that he’ll make sure they don’t spend too much time on the beaches meeting the local talent.

Your need to know for Saturday night/Sunday Morning depending on your location. #GoArmy pic.twitter.com/92ahWdGXOu

CBS Sports has the coverage.  The weather should be beautiful enough to make anyone who lives north of Virginia question why they still live in a place that requires them to own a snow shovel. 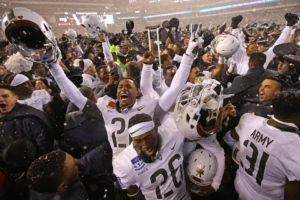 As For Football’s Guide to Michie Stadium 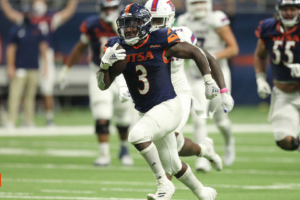